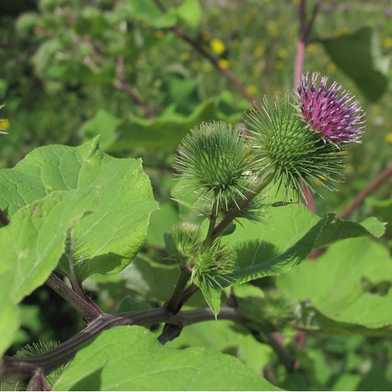 INTRODUCTION:
CURRENT FOOD PRODUCTION:
Soil is tilled, fertilized with chemicals, and planted with the same plant, all through the use of fossil fuels. It is then sprayed with toxins to kill weeds and bugs, harvested, stored and packaged, all through the use of fossil fuels. The soil is then tilled again, depleting it of minerals and nutrients as well as severely damaging the capacity to retain water, promoting desertification. The plant that was harvested is then transported to different regions, sometimes even other countries, all through the use of fossil fuels. It is then distributed to different warehouses, kept cool, and then either bought or thrown away after expiry date. It is then further stored in our fridges so as not to rot, until we are ready to prepare a meal out of a dead, toxic, sterile plant. Thus we boil it or fry it, killing off what few nutrients and enzymes that is left.
POSSIBLE FOOD PRODUCTION:
Get a small garden and a book on wild edible plants of your area, get seeds of the 20 most common and useful ones and plant more, toss in a few edible, easily grown perennials on that. Grow! Do not harvest whole plants, just pick a leaf here and there to allow the plant to flower and reproduce itself. Sell your fridge and oven and buy a blender and a food dehydrator. Make sallads and smoothies from fresh leaves, stock up on dehydrated food and pickles for the future. More nutrients, less energy waste, no fossil fuels, no chemicals, no carbon footprint what so ever...
I know we are all tired of other people trying to tell us how to live, and to be honest, I can't even live up to all of this myself. But just to take small steps, one at the time, trying to approach nature and self sustainability, might just stop another civilization from collapsing due to resource abuse. My twentyseventh article introduces Burdock – Arctium lappa:

QUOTE:
“You all buy the same garbage from the supermarket, dead food! And you bring it home and put it in your refridgerator and let it die further, and then you cook it and kill all the enzymes! And you eat the same junk every week all year round.”
~ Paul Gautschi


ARCTIUM LAPPA:
Greater burdock (Arctium lappa) is not endemic to the region, and its' sibling Lesser burdock (Arctium minus) can only be found wild in the northern parts of the Aegean region. But since this plant is such a great source of food and medicine I have chosen to include it in my column anyhow. It is currently growing at a rapid pace in pots on my balcony, and with a bit of luck and maintenance I might just get it to become naturalized in the garden.
In modern Europe it is considered a common 'weed' of nitrogen rich soils, where as in ancient Europe it was actually cultivated as a vegetable. Except for Japan and a few other countries where it is still part of the national cuisine, Burdock is a forgotten food plant despite the fact that it produces a huge bulk of food, and is considered one of the most powerful natural blood purifiers known to mankind.

MYTHOLOGY & HISTORY:
* Burdock is one of the foremost detoxifying herbs in both Chinese and Western herbal medicine.
* During WWII Burdock was served to prisoners as a meal, whom thought it was a root of a tree and the Japanese was treating them cruelly.
* The hooked bristles of the Burdock plant are said to have inspired the invention of Velcro.

MODERN RESEARCH:
Burdock is being promoted as a healthy and nutritive food in many Asian societies. The roots, seeds and leaves of burdock have been investigated in view of its uses in traditional Chinese medicine (TCM). The reported therapeutic effects of the active ingredients in the root have been found to detoxify blood and promote blood circulation to the skin surface, improving the skin texture and curing skin diseases like eczema.
Antioxidants and antidiabetic compounds have also been found in the root. In the seeds, some active compounds possess anti-inflammatory effects and inhibit the growth of tumors. In the leaf extract, the active compounds isolated can inhibit the growth of micro-organisms in the oral cavity. There are also reports of Burdock having been used in treating chronic diseases such as cancers, diabetes and AIDS. [NCBI]

EDIBLE USES:
Leaves of the Burdock can grow huge, but tend to go bitter with age and size. The taste of the stem resembles that of artichoke, to which the burdock is related. When cultivated the desirable part is the root, which can grow about 1 meter long and 2 cm across. A popular recipe in Japan is to cut the root into pieces and let it soak in water for 10 minutes to remove the bitterness. Fry with oil for a minute or two at medium heat, then add a diced up carrot and stir-fry another 2-3 minutes. Adding some goodies like soy sauce, sugar, sake, red pepper and sesame seeds heightens the flavour.

OTHER USES:
As an oily macerate, it is a component of some cosmetics, shampoos and hair care products. The seeds of greater burdock are employed in traditional Chinese medicine particularly for skin conditions and in cold/flu formulas.