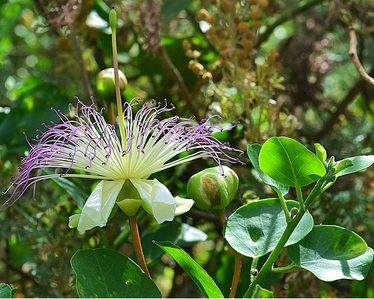 INTRODUCTION:
THE BUNNY TEST:
Put a rabbit in front of a kitten and watch the behaviour. It crouches, eyes and ears go alert. Classical predatory behaviour! Now put a rabbit in front of a human baby and watch the behaviour. Most likely the babe will go ”BUNNYYYYYY!” and try to cuddle the rabbit. Not classical predatory behaviour! So then, is meat really natural food for the human species?
Try hunting down a rabbit in the wild, pinning it down whilst sucking its' milk, then kill it with your bare hands before consuming its' raw flesh with your teeth. That is about how 'natural' you can get. Many other species do it. Not the milk of course, drinking mother's milk from another species is just perverse. Humans are the only species that perverse.
Anyhows, now try the same thing with a carrot. Way easier! My point is, we lack the speed and agility, the dental setup, and the short digestive system to properly digest muscle mass and cope with the toxins released when a mammal turns into a corpse. While coagulating chopped off pieces from a corpse does indeed kill off a few parasites and makes it easier on our dental set, is it really proper food for our species? Only very few of us have the psyche to actually kill an animal with a rifle, or work as butchers.
Since we wouldn't eat meat and dairy in a natural state it is simply not our natural food. Hiding the torture and slaughter behind factory walls, presenting fancy mass produced packages with no blood on them does not justify the insanity, it just makes it more perverse... Now, even though that is hardly the end of a tiresome debate, it is still just scratching the surface of the rabbit hole that tells the story of our current ignorant diet.

THE CAPER BUSH TEST:
Let's try something else: Put a human adult who has been buying her food from grocery stores all her life in front of a Caper bush and watch the reaction. Perhaps confusion: 'who the heck put me here and why?', 'Oh, nice bush. Looks poisonous! Best leave it alone and get back to cuddling my pet bunny...'
Indeed, the flowers of the Caper bush actually do look poisonous... But they are not! The Caper bush is a perennial plant that provides free, healthy food with the season. But we are used to seeing it in cans, not in a natural state... Homo sapiens just aren't that great on instinct and we are very easily manipulated. But fear not, we are also rational beings, thus decent learners. If we can be manipulated into eating poisonous food, we can also relearn to eat medicinal food. So allow me to teach you about the Caper bush:

QUOTE:
”Also when they shall be afraid of that which is high, and terrors shall be in the way; and the almond-tree shall blossom, and the grasshopper shall drag itself along, and the caperberry shall fail; because man goeth to his long home, and the mourners go about the streets”.
~ Book of Ecclesiastes, verse 12:5.


CAPPARIS SPINOSA:
The Caper shrub is a food-economic plant that can live for decades, steadily producing more leaves, buds and berries. The plant thrives in hot, dry environments and prefer full sun, requiring none or very little water. It dies down in winter time but returns from the root bark every summer with the dry and hot climate, growing bigger and bigger every year. In the village of Kaya Köy Capers are everywhere, growing directly on rocks, or in cracks of old stonewalls and houses.

MYTHOLOGY & HISTORY:
* Although the Latin name 'Capparis' is shrouded in mystery, one theory links kápparis to the name of the island of Cyprus (Κύπρος, Kýpros), where capers grow abundantly.
* In Biblical times, the Caper berry was supposed to have aphrodisiac properties. The Hebrew word abiyyonah (אֲבִיּוֹנָה) for caperberry is closely linked to the Hebrew root אבה, meaning "desire".
* In Greek popular medicine, a herbal tea made of caper root and young shoots was considered beneficial against rheumatism. Dioscoride also provided instructions on the use of sprouts, roots, leaves and seeds in the treatment of inflammations and painful urination.

MODERN RESEARCH:
The first recorded use of the Caper bush was for medicinal purposes in 2000 BC by the Sumerians, later on also the Greeks and the Romans. It has been suggested that Capers have been used or are still being used in reducing flatulence, in the treatment of rheumatism, anemia, arthritis and gout. Capers contain more 'quercetin' than any other known plant, an antioxidant that modern science claims to be anti: -viral, -asthma, -cancer, -eczema, -inflammation, -chronic pelvic pain.
Selenium, present in capers at high concentrations, has been associated with the prevention of several forms of cancer. Further medicinal research claims Caper to improve kidney- and liver-functions, cleanse the blood and expel parasites from the gut. In ayurvedeic medicine capers are recorded as hepatic stimulants and protectors, improving liver function.

EDIBLE USES:
Eating Caper raw is quite a peppery experience, thus the common use is to pickle the various parts of the plant: Leaves, flowerbuds and berries.
In northern Europe every little flower bud is measured according to size, separated and sold at different rates. Well, that's a lot of work for little food. In many parts of the Mediterranean young stems (including buds and leaves) are simply cut off, spines removed, then pickled, which produces a lot of food for less work. Capers are often served with salmon dishes and are one of the ingredients in tartar sauce.

OTHER USES:
Dried caper leaves can be used as a substitute for rennet in the manufacturing of high-quality cheese.
Powered by