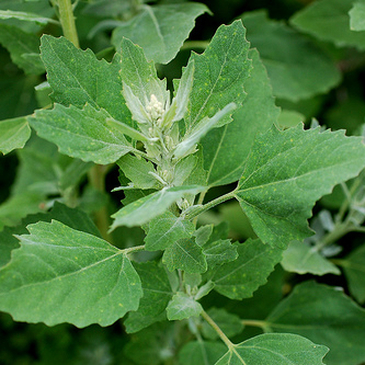 INTRODUCTION:
A few days ago, sitting in a taxi, I experienced the consequences of a very unwise decision to engage in a political argument with a native of a culture to whom I am but a guest. Somewhere in between Fethiye and KayaKöy I suffered a slip of the tongue and suddenly found myself sitting beside a very agitated taxidriver, lecturing me on how the current political force in charge shaped up the roads, schools, economy and created jobs. Yet as we slowly approached my destination my courage increased, and before stepping out of the taxi I had my agitated chauffeur admit this: When all the parks have been replaced by shopping malls; When all the coal mines have been emptied or collapsed; When all the farms and fields have been replaced by factories, shopping malls and fastfood establishments; When finally one of the richest agricultural soils on planet Earth has been molded into a shiny paradise of steel and concrete, should we suddenly run out of electricity, water or oil, there might just be trouble ahead... And when the voice of protest against current leadership turns into a body count rather than a communication channel, something is just horribly wrong!
Had the journey been longer and my spirit bolder, I might even had him convinced that Turkey is not an isolated landmass with isolated short term problems, but part of a worldwide civilisation that is rapidly running out of resources. And where as modernisation might save the day, it will not save mankind. Ironically, as I stepped out of the fossil-fueled vehicle and entered my apartment, I realised the power was out and so was the tapwater. Anyhows, let's not turn my little herb-column into a dull political doomsday prophecy, but refocus on more creative & culinary litterature: Like how I fixed my dinner in the absence of groceries, electricity and water! My twelvth article introduces Chenopodium album:

QUOTE:
”A weed is a plant that has mastered every survival skill except for learning how to grow in rows”.
~ Doug Larson


CHENOPODIUM ALBUM:
There are a few species of edible plants around us, rarely found in deep wilderness, but thriving in the disturbed soil of our fields and gardens. Whenever the soil is turned before planting, rather than getting rid of unwanted plants, some seeds thrive by the disturbance we bring upon our surroundings... Industrial farmers, preferring mono-cropping in order to make a living within our current monetary system, treat them like pests and use chemicals to get rid of them. When in fact, many of these 'pests' are far more nutritious than most designated crops. Purslane, Pigweed, Poppies and Couch grass are examples of very nutritious food that reproduce themselves en masse at our ignorant feet.
Another one is Lamb's quarters, currently growing, well, basically everywhere... It is often one of the first weeds to appear on newly cultivated soils. Considered an invasive weed in most parts of the world, it is extensively cultivated in Northern India as a food crop.
The Latin name 'cheno-podium' means 'goose-foot' (referring to the shape of the leaves) and 'album' means 'white'. Popular English names: White goosefoot, Lamb's quarters, Melde, Fat-hen. Popular Turkish names: Sirken, Kazayağı, Tellice.

MODERN RESEARCH:
Where as Chenopodium is not employed in herbal medicine, it does have some gentle medicinal properties and is a very nutritious and healthy addition to the diet. The whole plant is rich in protein and vitamins A, B, C and K, plus folate, iron, calcium, phosphorus, potassioum, sodium, and selenium. It is also rich in omega-3 fatty acids. Like all dark greens, it helps prevent cancer, reduces the risk of diabetes, strengthen bones and and reduce inflammation [Boutenko]. Eating Chenopodium expels parasites from the gut, acts contraceptive and mildly laxative. The leaves are applied as a wash or poultice to bug bites, sunstroke, rheumatic joints and swollen feet, whilst a decoction is used for carious teeth. The seeds are chewed in the treatment of urinary problems and are considered useful for relieving the discharge of semen through the urine.

EDIBLE USES:
The easiest way to identify Chenopodium is by the fine dust of either white or purple that covers the leaves. Just like its' sibling quinoa (chenopodium quinoa) the plant contains saponins and is not recommended raw, and even if added to salads it should be boiled first. Here in Turkey leaves and young shoots are boiled, then stirfried together with rice, bulgur, lentils, eggs or added in börek and gözleme. In some regions it is gathered in summer, dried, and later on used in making soups during the cold winter months.

OTHER USES:
Except for being a food source, this common weed has been researched due to its' potential as a companion plant: From one perspective it is a competative plant, causing crop loss in mono-cropping fields, especially in the harvest of corn, soybeans and sugar beets. On the other side, it is also considered a trap plant (drawing destructive insects away from the main crop).

IMPORTANT NOTE:
Many of the species in this genus contain saponins, though usually in quantities too small to do any harm. Although toxic, saponins are poorly absorbed by the body and most pass straight through without any problem. The plant also contains oxalic acid, which in large quantities can lock up some of the nutrients in the food. Only raw leaves can cause problems, and then only if large quantities are consumed. Cooking the plant will reduce its' content of both toxins! Further more, in nitrogen-rich soils, the plant tends to concentrate hydrogen cyanide. In small quantities, hydrogen cyanide has been shown to stimulate respiration and improve digestion, it is also claimed to be of benefit in the treatment of cancer. In excess, however, it can cause respiratory failure and even death.
Should these minor details scare you from controversial food like Lamb’s quarters, you might want to know that many food experts are fighting hard to label many fast foods as ‘unfit for human consumption’. That said, I’d rather fear processed food, than nature's own garden!
Powered by