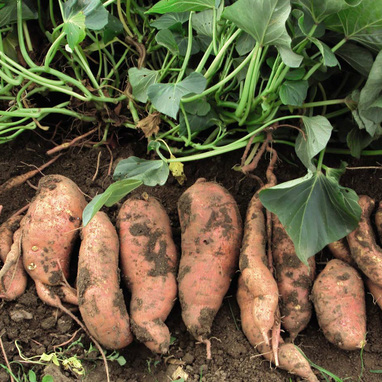 INTRODUCTION:
As all governing bodies throughout time and history know, food control equals population control. From Hitler to Mao to many modern establishments, the centralisation of resources is the optimal tool to keep a nation in check. And to create the illusion of food scarcity another necessary tool to maintain order, because let's face it, people who can grow their own food don't really need much from a government.
Governments hate and fear independent people, why else would they intentionally wipe out the indigenous tribes where ever they conquer new territory rather than adopt their knowledge? History is full of examples of indigenous tribes subjugated by invaders, and because these indigenous were able to live off the land, banning and burning native edible plants was always a key element in the subjugation process.
I recently read an article that claims whenever the Mayan civilization faced a crisis, majority of the population deserted the cities and returned to their food forests in the jungle, and did not return until the governing bodies shaped up. Then came the imperialists. One of the strategies of the Conquistadores in order to subjugate the indigenous tribes of the Americas was to forbid the cultivation of certain grains: Two of these are starting to regain recognition today as super easy to grow super foods: Quinoa and amaranth.
So where do we retire when there is a crisis? You do have a hidden food forest right!? Because if you do not, and things get nasty around here, you will have no option but to stay put and face civil unrest, bread riots, and consequently famine. Because today we have a system where 0.04% of all edible plants around us are used to feed 90% of the world, more than half of that produce is ruined through selection, transportation and surplus waste, and around 900 000 000 people starving. Modern civilization might have brought a few fancy trinkets along, but when it comes to managing resources we are more ignorant than a caveman with a laptop. Eventually this will backfire.

IPOMOEA BATATAS:
The tropics is full of perennial, easy-to-grow superfoods: Cassava, Taro, Winged beans, Moringa and breadfruit are just a few examples. The south of Turkey is somewhere in between temperate and tropical climate, and a few attempts have been made to introduce some of these exotic food plants. Sweet potato (Ipomoea batatas) is probably the most successful thus far.
The sweet potato is not related to normal potato (solanum family), but is closer related to the morning glory family, and the name 'potato' has been adopted merely because the similar shape of the tubers. In the US and UK Sweet potato is a popular dish to prepare for Thanksgiving – an old tradition to give thanks for abundance and to remember that once there was war, scarcity and famine. Times when the only thing available to eat was what was easy to grow (like sweet potato) or readily harvested from nature (like stinging nettles). Because of this sweet potato has an ill deserved reputation as poor mans food, and no one wants to give appearance of being poor, thus when society recuperated foods like these lost popularity. The irony is that when there is starvation people usually eat, if not more, at least more healthy, because many of these food plants are as healthy as they are easy to cultivate.
I mean, who would ever be stupid enough to cultivate stinging nettles, that's crazy! They will spread like weed. Well, stinging nettle is not only one of the most common weeds on the planet, it is also one of the most beneficial and healthy foods available to us. As is quinoa, amaranth and sweet potato. So why not cultivate poor mans food? Sweet potato, during the right circumstances, can become invasive.
It is more hardy than normal potato, produces more bulk, a lot more medicinal properties, less prone to pests and diseases. It's a perennial climber with edible foilage as well as tubers. Put the foilage in the soil and it will produce tubers, put the tubers in the soil and it will produce foilage. It's simply crazy easy to grow!
I managed to acquire some 100 slips last summer, only to discover the one and only flaw with this super plant: It does not tolerate frost! Easily preserved by keeping a few tubers indoors over winter, or even some slips in a jar with water.
Farmers will grow according to demand. If you demand potato, tomato and wheat that is what you get, along with the pesticides and water abuse needed to successfully cultivate them.
If you demand nettle, quinoa, amaranth and sweet potato that is what you get, along with improved health, a better environment and future food security.
Powered by