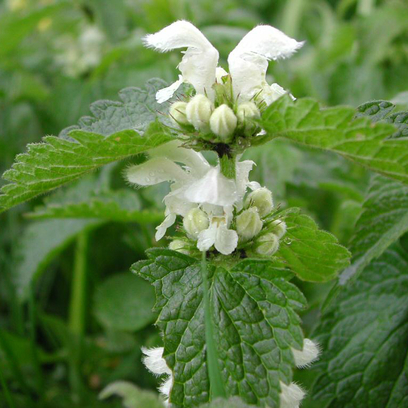 INTRODUCTION:
From being a country of reputed abundance, health and longevity, this country is currently importing 80% of its' seeds. As Turkey continues to dive deeper into the mindless maw of modernisation, prior modernised countries are starting to wonder if it was really such a good idea to begin with. Climate is changing, and so does agriculture need to change in order to secure future food production.
Big corps are pushing for more petroleumbased monocropping, more pesticides, more genetic manipulation of our most common staple foods. This might save the day, but probably not the day after, as this approach will speed up depletetion of the soil, poisoning the atmosphere, and cause massive desertification, hoping for another miracle of science to either save us or destroy us. At the same time more and more scientists and food experts are starting to see the destructive end of such an undertaking and are looking the other way, towards food diversity and small scale permaculture.
What it comes down to in the end is that either food will become a commodity controlled by corporations and governments, and the most efficient tool of population control history has ever seen. Or we simply reclaim the knowledge lost during the inquisition and rediscover what grows naturally around us, can be used as food and medicine, and spread the seeds on every lawn and patch of land around us, turning our surroundings into beautiful, healthy, edible meadows. It's Goliath vs. David as always when it comes to corporations vs. sanity. But I believe in the small guys, so here's another stone for David's sling. Article 23 introduces the dead nettle - Lamium album:

QUOTE:
“If we don't take care of the soil, which is just the first centimeters of layer of life that is on the Earth, our future is totally condemned.”
~ Miguel Altieri


LAMIUM ALBUM:
Lamium is a genus of about 40-50 species of flowering plants in the family Lamiaceae. They are all herbaceous plants native to Europe, Asia, and northern Africa, but several have become very successful weeds of crop fields and are now widely naturalised across the temperate world. The genus includes both annual and perennial species; they spread by both seeds and stems rooting as they grow along the ground, and can become very invasive presented the right conditions. I think of invasive edibles like this: Imagine a field of wheat that resows itself, needs neither water nor maintenance, expands every year, and is a lot healthier than wheat.
According to my books and websites the three most common deadnettles in our area are:  L. moschatum, L. amplexicaule, & L. purpureum. They all look similar with similar medicinal properties, so there is really no need to differentiate. However, the most famous and researched one is Lamium album: White dead nettle. The common name "deadnettle" refers to the resemblance of the distantly related stinging nettle, but unlike those, they do not have stinging hairs and so are apparently "dead". In northern Europe they start popping up early summer, but our parts of the world the time is now!
English names: Henbit, Deadnettle, Bee nettle, Archangel. Turkish names: Ballıbaba, Lünlün otu, Bal otu.

MYTHOLOGY & HISTORY:
* A distillation of the flowers is reputed "to make the heart merry, to make a good colour in the face, and to make the vital spirits more fresh and lively.

MODERN RESEARCH:
Lamium album is used to improve general health; reduce flatulence; act beneficial on muscle tissue; soothe skin; break down tumors; used in the treatment of cancer; discharge bile from the body; eliminate toxins and purify the blood; promote the flow of urine; clear phlegm from the chest; induce sleep; treat eye complaints; beneficial to the respiratory system; stop bleeding and heal skin.
Its' chief medicinal uses are as a uterine tonic, to arrest inter-menstrual bleeding and to reduce excessive menstrual flow. It is a traditional treatment to relieve painful periods. An infusion is used in the treatment of kidney and bladder complaints, diarrhoea, menstrual problems, bleeding after childbirth, vaginal discharges and prostatitis.
Externally, the plant is made into compresses and applied to piles & varicose veins. A distilled water from the flowers and leaves makes an excellent and effective eye lotion to relieve ophthalmic conditions. It is used in the treatment of bladder and kidney disorders and amenorrhoea. [Plants For A Future database]
Dead nettle contains tannin, mucilage, and many flavonoids; it is used as a mild astringent and expectorant. [Schauenberg]

EDIBLE USES:
Like so many other wild plants deadnettle can be chopped up and added to börek and gözleme. Basically it is used the same way spinach is. In northern Europe there is a forgotten tradition to make soup from it, just like you would from nettle or spinach. An old book on Swedish plantlife claims the taste of deadnettle soup is far superior to both spinach and nettle. The flowers produce a sweet nectar that attracts insects, equally delicious to human beings.