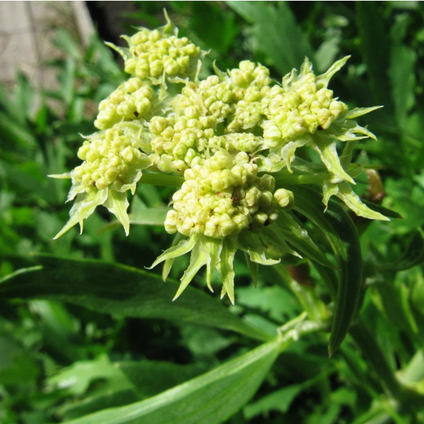 INTRODUCTION:
While the idea of setting up a garden with endemic and perennial food plants may seem very forward thinking, it is actually an ancient concept. Anthropological studies are abundant with reports where indigenous tribes spread everything from edible trees to grains all over the land, letting nature do the job for them. But where ever technologically superior invaders set foot, knowledge such as this was suppressed in order to establish population control.
And as modern civilization developed, introducing our ever growing cities, we went from food diversity into mono-cropping because it allowed less people to produce more bulk food in smaller areas. This allowed for a larger population to be fed and more people to specialize in other occupations rather than producing food, and so many plants were abandoned or forgotten. Then came the inquisition when a vast knowledge bank of medicinal plants was burnt at the stake, more knowledge lost.
And with modernization and commercialism, just in the latest 200 years, we have gone from a diversity of thousands of medicinal- and food plants into 20 staple foods to feed the planet, produced in such a way it is actually ruining the natural food plants surrounding us through the use of herbicides. Oh the glorious achievements of civilization!!!
Many people see a dark future with monetary crisis, rising social disorder, greedy corporations, wars, desertification, crashed biotopes, famine, global fascism, the end of the world and all that. With everything going on this might indeed turn into a fatal heart attack of our own young civilization. ...or if we reintroduce a little sanity it might turn out to be nothing but a minor case of hickup; What is really a few hundred years of madness compared to all those thousands of years when our species, just like animals, were actually able to live in harmony with nature!?
One of the core concepts in permaculture is to reintroduce these neglected plants – to create food forests based on plants that need no artificial watering, no pesticides, nor maintenance. Plant expert Stephen Barstow recently published a book called 'Around the world in 80 plants'. He has managed to set up a garden with 2000 different edible plants in the harsh climate of Norway, of which many are perennials and hardy enough to survive the cold winters. If this can be done in Scandinavia, just imagine what can be achieved here in the Mediterranean!?
Here is 1 out of 80 plants from Stephen Barstows incredible book: Article 35 introduces Lovage – Levisticum officinale:

QUOTE:
“It amazes me again and again how many wonderful veggies we have right in front of our noses and just don't see!”
~ Stephen Barstow


LEVISTICUM OFFICINALE:
Levisticum officinale is a frost hardy perennial growing to up to 180 cm at a medium rate. The taste and uses are quite similar to that of celery, with the differences that Lovage needs less water, produce more bulk and will come back year after year with no need for replanting. If the plant is cut back to the ground during the growing season it will produce a new flush of young leaves. If the weather is dry at this time, it will be necessary to water the plants in order to encourage fresh growth.

MYTHOLOGY & HISTORY:
* The name "lovage" is from "love-ache", ache being a medieval name for parsley.
* Although some authors state that lovage hails from the eastern Mediterranean, modern research points towards West Asia, in particular the mountains of Iran and Afghanistan.

MODERN RESEARCH:
Lovage is a warming and tonic herb for the digestive and respiratory systems. It is used primarily in the treatment of indigestion, poor appetite, wind, colic and bronchitis. The roots, leaves and fruits are antispasmodic, aromatic, carminative, diaphoretic, digestive and diuretic.
Lovage has been used internally in the treatment of disordered stomachs, especially cases of colic and flatulence in children, kidney stones, cystitis, painful menstruation and slow labour. Externally, the root is used in the treatment of sore throats and ulcers. The essential oil from the seeds is used by aromatherapists to remove freckles and spots from the face. The German Commission E Monographs, a therapeutic guide to herbal medicine, approve Lovage for infections of the urinary tract, kidney and bladder stones.

EDIBLE USES:
Flowers, leaves, root, seeds and stems are all edible. The leaves can be used in salads, or to make soup or season broths. The roots can be eaten as a vegetable or grated for use in salads, best harvested when 2 - 3 years old. The seeds can be used as a spice, similar to fennel seeds. The young stem can be blanched and used like celery in salads or as a savoury flavouring in cooked foods. In the UK, an alcoholic Lovage cordial is traditionally mixed with brandy in the ratio of 2:1 as a winter drink. In Romania, the leaves are the preferred seasoning for the various local broths, much more so than parsley or dill. A tea is made from the dried leaves.  An essential oil from the root is used commercially as a food flavouring.

OTHER USES:
Lovage is a good companion plant, improving the health and flavour of other plants growing nearby.

IMPORTANT NOTE:
Lovage root contains furanocoumarins which can lead to photosensitivity. The volatile oil is an irritant. Avoid during pregnancy.