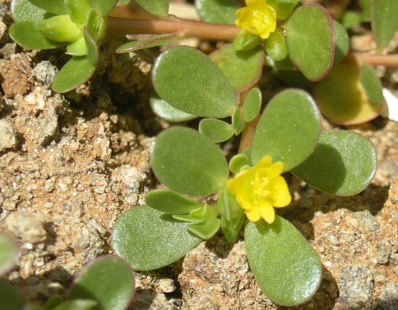 INTRODUCTION:
As in all places throughout all ages old knowledge is sometimes replaced by new. Sometimes through a slow and controlled process, yet seemingly more often through a sudden and brutal process. My own concern as my own character passes through the pages of history is the Legend of Longevity in the Mediterranean, for I believe it is a Legend turning into Myth;
Thousands of years of tradition in small scale farming, foraging, and herbal medicines are being replaced by super markets, processed foods and expensive pharmaceuticals... Thousands of years of knowledge carried down through the generations lost in one fell swoop due to some political scheme diving head first into the insatiable maw of mindless modernisation.
Scientists around the world are struggling like mad to find the cures for our most common diseases, using extracts from many plants growing in the Mediterranean to counter cancer, diabetes, alzheimers et cetera. The sane voice of prevention beckons to eat these herbs BEFORE we develop diseases. Because these herbs are the source from where the Legend of Longevity in the Mediterranean region was born to begin with. This column is my vain contribution to preserve that Legend before it passes into Myth.


PORTULACA OLERACEA:
Commonly known as Semiz otu [Tu] or Purslane [En]. To industrial farmers an invasive weed and a pest, but with a bit of research probably the healthiest plant on the planet. Originally from India, reputedly favourite food of Ghandi, today naturalized all over the world, and extremely common in Turkey...
The scientific name Portu+Laca translates into 'Carry+Milk', Oleracea means 'Potherb'. Perhaps the name suggests that just as a babe feeds from mother’s milk mankind ought to feed on this plant in order to grow, develop and achieve!? For even though modern scientific research latest decades have been able to specify the chemical makeup of this plant, it has been used and worshipped for thousands of years before our own young civilization.

MYTHOLOGY & HISTORY:
* Purslane is used medicinally for a variety of conditions that include headache, stomach ache, painful urination, enteritis, mastitis, lack of milk flow in nursing mothers and in postpartum bleeding. Externally it is used to treat burns, earache, insect stings, inflammations, skin sores, ulcers, pruritis (itching skin), eczema and abscesses. Theses conditions are usually treated with the fresh herb as a poultice or the expressed juice is used. Other effects include: antibacterial and antifungal; wound healing; anti-inflammatory; uterine stimulant and diuretic. [Leung & Foster, 1996].
* Purslane is under the dominion of the moon [Leyel, 1987] and is supposed to work on the the psychic senses and taken regularly helps develop clairvoyant faculties [Lavender and Franklin, 1996].
* In ancient times it was looked upon as one of the anti-magic herbs, and strewn around a bed was said to afford protection against evil spirits. [Grieve, 1998].
* The infusion may be used to clear the third eye and to wash the crystal ball or scrying mirror [Lavender and Franklin, 1996].

MODERN RESEARCH:
Purslane is low in calories and fats. Rich in dietary fibers, vitamins, minerals, magnesium, calcium, potassium, folate, lithium, riboflavin, niacin, pyridoxine, carotenoid and iron. It has vitamins A, B, C, six times more E than spinach, seven times more beta carotene than carrot, 10 times more melatonin than any other fruit or vegetable tested, more omega-3 fatty acids than any other leafy plant known on earth and probably more than most fish oils.
A steady diet keeps most types of cancer at bay, strengthens the immune system and acts as an antibacterial, strengthens the heart and purifies the blood, restores balance to the bowel and expels parasites, improves vision and potency. Purslane keeps you sane, improves brain function and heightens the senses, possibly even the sixth sense (Some pseudo-scientists claim it decalcifies the pineal gland, which is the scientific name for the third eye and supposedly our connection to the spirit world).

EDIBLE USES:
Chopped up raw, mixed with yoghurt, perfected with garlic and lemon juice. It can also be mixed with rice, tomato and minced meat.

CONCLUSION:
Purslane seems to like us, no matter how much we try to weed it out it reappears; thriving at roadsides and the disturbed soils around our settlements, a common weed of gardens, even popping up as an asphalt flower. Whether you believe in science or magic or both it’s quite clear this little miracle plant ought to find its way back on our plates... Yet through the centuries Purslane has been dumbed down to a mediocre and rather dull vegetable, slowly disappearing from the shelves of the supermarkets.
Usually the powerful healers of nature are proclaimed rarities and sold as extracts at high cost, but in the case of this little weed, it’s likely the most common asphalt flower in Fethiye. But if you care to avoid dog urine, car exhaust and its poisonous look alike 'the spurge’, better buy it at the vegetable market for 50 kuruş a bundle.
Powered by