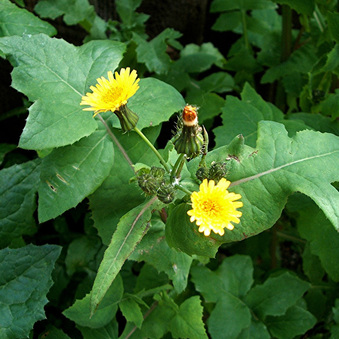 INTRODUCTION:
I have always found the concept 'economic crisis' rather hilarious. Economy is a simple matter made complicated. To make it simple again let us just conclude that economy is not really about money, because money in itself has no value. Money is print on paper or more﻿﻿ recently numbers on a screen. Outside the frames of civilization money is more or less worthless, save starting fires and insulating clothes and shoes during cold winters. Real economy is about managing resources and if there is a crisis someone is not doing their job properly.﻿
Take food production for example: If you live in say for example Italy, but choose to eat tomatoes imported from China, while hundreds of edible plants are growing at your feet, you are abusing resources and this is what eventually leads to a crisis. Food production today is mostly done by big corporations, not in the interest of feeding people or keep them healthy, but rather in the interest of making money. And big scale food production is done through mono-cropping﻿, fossil fuels and pesticides. This is making a few people rich and the rest of us sick, and that is a terrible way of managing resources. Big business is all about printed paper, and it would throw a﻿way tons of food if there is no profit to be made. This in itself is a crisis, but is currently promoted as 'good business'. So I guess the idea is that economic crises are part of good business!?
Back in the days of Cato the Elder, businessmen were viewed as parasites and farmers as the spine of a society. How we perceive these two professions has changed greatly, but has their function? Farmers grow food and that is useful. Now what does a businessman really contribute to a society except hoarding printed paper through the use and abuse of resources? So I guess the real crisis today is that businessmen are in charge of food production rather than farmers...
To solve this crisis we need less businessmen and more farmers. Better yet, more gardeners! Better yet, permaculture! Better yet, combine permaculture with endemic food plants! Feeding the world with gardening might sound crazy, but most experts in the field agree that it is the only way to save humanity from her current path towards self destruction. The smaller the better. The micromanagement of our biotopes, knowledge combined with initiative, can literally create resources out of thin soil. While eating weeds from your backyard might not register on the GNP index, it would provide food security, end starvation and corporate feudalism, prevent cancer and diabetes, as well as regenerate the soil and prevent desertification. And THAT, I hope you agree, is far more important than printed paper.
My thirty second article introduces Sonchus oleraceus – the Sow thistle:

QUOTE:
“Food from a garden, not a farm, small scale, mixed crops, encouraging succession. With permaculture, the ecosystems still function. Permaculture can save humanity and the Earth, but not civilization.”
~ Toby Hemenway


SONCHUS OLERACEUS:
I have been wanting to write about the Sow thistle for a while since it is one of the most common edible weeds around us. My Swedish sense of perfection has hindered me up until now. First of all there are many sow thistles around, mainly S. Arvensis, S. Asper, and S. Oleraceus and they are very hard to tell apart, so I do not know which particular species actually grow around here. Secondly a village lady told me the plants growing around here are poisonous which made me hesitate further.
However, after roughly two years of studying endemic edible plants I have developed a certain instinct on plants, which I have come to trust more than the often contradictory knowledge of books and villagers. I eat this plant regularly as a roadside trail nibble and I'm still alive. And by now I have come to trust my instincts enough to back up my practical experience with theoretical research.
All sow thistles are edible, but the most researched one is Sonchus oleraceus. Had I not rented land, but owned a lot of my own, I would get more seeds and nurse this incredibly invasive food plant. The sow thistle is a classical example of how weeding equals harvest equals lunch.

MYTHOLOGY & HISTORY:
* Sow thistles exude a milky latex when cut, and this is why the plant obtained the common name, "sow thistle", as they were fed to lactating sows in the belief that milk production would increase.
* Going by the name 'puha' or 'rareke', it is cultivated and eaten in New Zealand as a vegetable, particularly by the native Maori.
* In traditional medicine the plant has similar properties as dandelion and chicory.
* The Latin name 'Sonchus' refers to the hollow stem, while 'oleraceus' refers to its good taste.

MODERN RESEARCH:
Rich in vitamins A, B and C, plus copper, phosphorus, potassium, iron, calcium, and magnesium [2010, Kallas]. Sow thistles are beneficial for the liver, kidneys, gallbladder, pancreas, and spleen [2013, Boutenko].
The gum has been used as a cure for the opium habit. The leaves are applied as a poultice to inflammatory swellings. An infusion of the leaves and roots is febrifuge and tonic. It is also said to have anticancer activity [PFAF].

EDIBLE USES:
Old leaves and stalks can be bitter but young leaves have a flavour similar to lettuce. Leaves are eaten as salad greens or cooked like spinach. This is one of the species used in Chinese cuisine as kŭcài (菜; bitter vegetable). Blanching or boiling the leaves removes the bitter flavour. Stems are cooked like asparagus or rhubarb. They taste better if the outer skin is removed.

OTHER USES:
Sow thistles are common host plants for aphids. Gardeners may consider this a benefit or a curse; aphids may spread from sow thistle to other plants, but alternatively the sow thistle can encourage the growth of beneficial predators. In this regard sow thistles make excellent sacrificial plants.
The milky sap has been used as a chewing gum by the Maoris of New Zealand.

IMPORTANT NOTE:
There is a common misconception circulating that the sap of sow thistle is poisonous; this is not true. All parts are edible [2013, Boutenko]