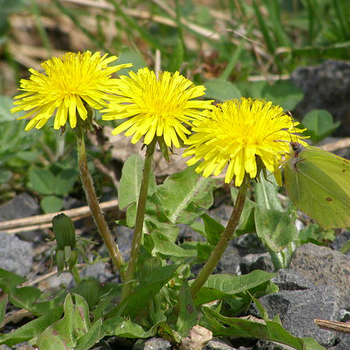 INTRODUCTION:
Something very ominous is going on in the village of Kayaköy, or well, the whole world for that matter... While global warming is pushing temperatures higher faster than expected, our region is slowly approaching a tropical climate. Add to that an evergrowing water scarcity summertime, plus a newly introduced water bill discouraging locals from growing food. On the other hand, the swimming pool business has had an extravagant year. And so has the house- and wall-building business. High walls, the kind rich muslim tourists preferr to maintain privacy. There are rumours around the village; that Turkey is a changing landscape, and that money will soon come from the south rather than the north, and the villagers are adapting. The fields are replaced by hotels and houses, all the gardens blocked by walls, and all soil is covered in pebbles and puddles of cement...
Perhaps a dark exaggeration from the goggles of a botanist, but that's what it feels like whenever I open the door every morning, faced with houses and stone walls every direction, and that feeling of personal despair in my gut: Where the hell is this country going, once so famous for food, health and longevity, currently replaced by a noxious stew of politics, religion, commercialism and construction madness. All furiously boiled and stirred with the hallucinogenic spoon of modernization and the promise of security, comfort and happiness for all.
When swimming pools are prioritized over food production in a landscape that is approaching desertification, something is just horribly, horribly wrong! Let's just conclude that centralizing food distribution through import in a world brewing with monetary crises, racism, zealous politicians, warmongering demagogs, and new terrorist groups seemingly massmanufactured-made-in-the-East - is a very, very bad idea. So let's introduce some more edible weeds before food production collapses and people realize that houses, stone walls and swimming pools are very, very hard to digest. My twenty ninth article introduces the most common weed of them all. The Dandelion - Taraxacum officinale:


TARAXACUM OFFICINALE:
The Dandelion is well known for its yellow flower heads that turn into round balls of silver tufted fruits that disperse in the wind. This plant is considered one of the most common weeds around the world, especially in lawns and along roadsides, yet from another perspective it is considered a medicinal herb and a reliable source of food. There are a whole range of look alikes, and they can be hard to tell apart, yet to my knowledge none of these are poisonous. The trick to identify a true dandelion is to run a finger by the stem of a leaf; Where most look alikes are hairy, the stem of the dandelion is smooth.
I have seen a few true dandelions down in Fethiye, in lawns and by the sea promenade, but up here in Kayaköy it is a much more rare sight. Hence, I planted some from seeds, hoping that they will naturalize. The common name "dandelion," supposedly comes from the French phrase "dent de lion" which means "lion's tooth", in reference to the jagged shaped foliage.
The dandelion is a perennial that can be harvested as a cut-and-regrow vegetable, steadily coming back from the root each year when the right season presents itself.

MYTHOLOGY & HISTORY:
* One legend surrounding these flowers was that the tallest dandelion stalk that a child could find in the early spring will show how much taller they will grow in the coming year.
* Another legend claims that the number of seeds remaining after blowing the seed head, are how many years you have left to live.
* Dandelions were intentionally transplanted from Europe over to the New World in the early days of the American Colonies, where they have become ubiquitous and spread across the continent.
* As all parts of the plant may be eaten dandelion is a valuable survival tool.

MODERN RESEARCH:
As a food source Dandelion is high in in vitamin A, vitamin C and iron, carrying more iron and calcium than spinach. Dandelion is used as a herbal remedy in Europe, North America and China. Empiric traditional application in humans of dandelion, in particular to treat digestive disorders, is supported by many pharmacological investigations. It has been used in traditional herbal medicine to treat infections, bile and especially liver problems.
Dandelion is used in herbal medicines as a mild laxative, for increasing appetite, and for improving digestion. A recent experiment shows that đandelion leaf extract can reduce the spread of tumor cells. Although these researches are still on beginning stages, but many scientists believe that it can be used as an effective treatment in many types of cancer.
The latex has a specific action on inflammations of the gall bladder and is also believed to remove stones in the liver.

EDIBLE USES:
Dandelions are harvested from the wild or grown on a small scale as a leaf vegetable. The leaves (called dandelion greens) can be eaten cooked or raw in various forms, such as in soup or salad. Raw leaves have a slightly bitter taste, thus the young leaves and unopened buds are eaten raw in salads, while older leaves are cooked. Dandelion salad is often accompanied with hard boiled eggs. The flowers are used to make dandelion wine, and the roots have been used to make a coffee substitute.
Dandelion and burdock is a soft drink that has long been popular in the United Kingdom. Dandelion flowers are used to make a honey substitute syrup with added lemon (so-called May-honey). The unopened flower buds can be preserved in vinegar and used like capers.

IMPORTANT NOTE:
Dandelion has been mentioned in various books on poisonous plants but any possible toxins will be of very low concentration and toxicity. There are reports that some people have suffered dermatitis as a result of touching the plant, this is probably caused by the latex in the leaves and stems.