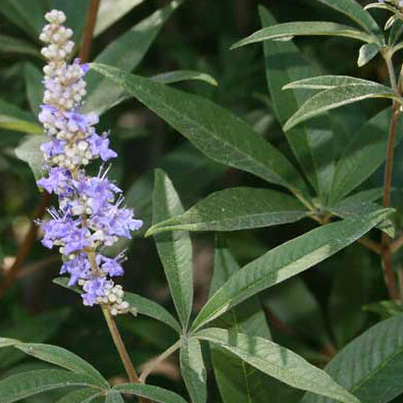 INTRODUCTION:
Sometimes I think to myself: How rude am I not, coming as a foreigner and a guest, lecturing people on what to eat in one of the richest soils on Earth, and a population that still toils the soil in accordance with a long line of ancestors... What does a Swede have to say about vegetables? (Excuse the pun) Well, I view it like this: The health and longevity of the Mediterranean is legendary, or should I say used to be? If you grow up in a landscape full of healthy food by the roadside, you tend to take it for granted... That it is part of the culture... That the vegetable market will always be there...
So, how many farmers under the age of 30 do you know? Foraging in the wild used to be common knowledge, how many people under the age of 30 do you know who can actually survive on wild edibles? Agriculture and foraging are not very popular occupations these days. Turkey is modernising at an insane tempo, and that is bound to come with more consequences than we can possibly imagine:
Just a few decades ago the farmers in the small village I live did not need to water the plants as long as they grew close to trees, since the trees drew up water, nurturing the crops. But the climate is changing so fast that today the trees need watering!!! At the same time more and more luxury villas are popping up in the surroundings, all with swimming pools. As the climate gets warmer and water gets scarce, where do you think the water will go? Where the money is of course! And thus, fare thee well small scale agriculture! Hello processed food and patented medicines!
The legend of Mediterranean health and longevity is already hanging by a thin thread, finely twined by lemon, garlic and olive. Permaculture is on the rise in Turkey and many people are engaged in the ominous business of future food security, but the decline of traditional agriculture and foraging is many times faster. The battle for natural, healthy food needs as many warriors as it can get, no matter where we are from. So, do allow a swede to be rude and introduce a plant that few villagers even know about - My fourteenth article introduces the Chasteberry tree, Vitex agnus-castus:

QUOTE:
”If you find weeds growing in the park across the street from your house, you can avoid petroleum expenditure altogether. By walking over to the dandelion patch and harvesting yourself a meal, the only energy expended is your own. This is commonly referred to as exercise”.
~ Sergei Boutenko


VITEX AGNUS-CASTUS:
English names: Vitex, Chaste tree, Hemp tree, Chasteberry, Abraham's balm, Monk's pepper. Turkish names: Hayıt, Ayıd, Acı ayıt. Although this plant will hardly fill your belly on a daily basis, I have chosen to write about it out of pure local curiosity. This peculiar shrub grows along basically every roadside in the village of Kaya Köy, and is supposedly very common all over Mediterranean Turkey. The foilage came alive about a month ago, with leaves reminding quite a lot of the cannabis plant, which has given birth to a lot of local gossip.

MYTHOLOGY & HISTORY:
* In ancient times it was believed to be an anaphrodisiac, hence the name Chaste tree.
* Pliny, in his Historia Naturalis, reports the use of stems and leaves of this plant by women as bedding "to cool the heat of lust" during the time of the Thesmophoria, when Athenian women left their husbands' beds to remain ritually chaste. Likewise did Roman wives whose husbands were abroad with the legions spread the aromatic leaves on their couches for this purpose.
* During the Middle Ages, Chasteberry's supposed effect on sexual desire led to it becoming a food spice at monasteries, where it was called "Monk's pepper" or "Cloister pepper".

MODERN RESEARCH:
Vitex agnus-castus is sometimes called “the women’s herb”, and has been used for thousands of years for its beneficial effect on the female hormonal system. The leaves, but especially the fruits, have been used with great effect in restoring absent menstruation, regulating heavy periods, restoring fertility, relieving pre-menstrual tension and easing the change of menopause. The berries are considered aphrodisiac, though other reports say that they are anaphrodisiac. The reason for this disagreement is that the berries have a regulating effect on the body, likely to increase sexual activity in those who are not very active, whilst reducing it in those who are very active.
Vitex agnus-castus is also used for acne, nervousness, headaches, migraine, dementia, reduced flatulence, joint conditions, colds, spleen disorders, eye pain, body inflammation, swelling, suppressing appetite and to induce sleep.

EDIBLE USES:
The leaves, flowers, and berries may be consumed as a decoction, tincture, cider vinegar, syrup, or simply eaten straight off the plant as an alternative medicinal food. Externally a poultice is used to flush out parasites and prevent insect bites. The only report on local use I have found, is from Mugla, where the fruits are grounded into a powder and burned as incense to flavour bread.

OTHER USES:
The Chaste tree is a traditional plant in Africa, used to improve nutrition, boost food security, foster rural development and support sustainable landcare. Considering the climate change and the future of Turkey, this heat-resistant plant might just become very important one day.

IMPORTANT NOTE:
Some caution is advised since excessive doses can cause a sensation of insects crawling over the skin. The pfaf.org database also claims it could cause headache, stomach ache and rashes. Not recommended during pregnancy!
Powered by