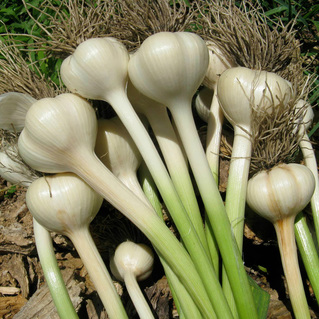 INTRODUCTION:
Just like humans, plants produce various chemical substances to guard and heal themselves from a barrage of internal and external toxins and diseases. These substances may naturally also be exceptionally useful for the human body. For every disease, there is in nature a medicinal plant that will help, and in terms of plant flora, Turkey is simply a paradise.
However, in about 30 years the agricultural and foraging tradition of rural Turkey, part of the Legend of Mediterranean health and longevity, has been dumbed down from about 300 common medicinal plants growing all around us, to about 3 still incorporated into the diet of your average urban dweller: Lemon, olives and garlic! With modernisation comes urbanisation and globalisation, another country joining the race of infinite expansion based on finite resources, i e the transport and import/export of goods and processed food at macabre energy losses. People on other continents are starving and a country built on one of mother Earths' richest soil is importing processed food while miracles grow at our very feet, just because it benefits the monetary system.
Not sane! So let's have a look at what remains of Mediterranean health and longevity, before it's replaced by vitamin pills and prozac. My sixteenth article introduces common garlic - Allium sativum:


ALLIUM SATIVUM:
We are surrounded by onions, wild as well as cultivated: Garlic, yellow onion, red onion, shallot, scallion, chives, leek, are all from the same family. The Allium family is very beneficial to human physiology, but for some reason poisonous to dogs. (Mind your doggy bag!) The origin of our common garlic seems a bit obscure, but most sources point towards the steppes of Central Asia, the origin of the Anatolian nomads. Today it is widely cultivated in most parts of the world for its edible bulb, which is used mainly as a flavouring in foods. Everybody knows about garlic, that it's good for you but bad for your breath, and that it's a staple ingredient in most Mediterranean kitchens... But few knows exactly why it's considered nutritious...

MYTHOLOGY & HISTORY:
* 7000 years ago, garlic was given to Egyptian labourers when building the pyramids because it was believed to confer strength and protect from disease. The medicinal properties of garlic continues into the Antique period, but even though highly praised as a medicinal, people having eaten garlic where not allowed into Antique temples, because the bad breath was considered an insult to the gods. According to Wikipedia this tradition has been carried on by a younger religion: In Islam, it is forbidden for Muslims who have eaten raw garlic to pray in a mosque, since the odor could distract other Muslims during their prayer.
* During the middle ages garlic was not only considered to prevent the plague, but even incorporated into potions in hope of actually curing it, and the healers of the middle ages used to tie handkerchiefs over their mouths and nostrils, dipped in garlic juice, due to the antiseptic properties of the plant.
* Central European folk beliefs considered garlic a powerful ward against demons, werewolves, and vampires. To ward off vampires, garlic could be worn, hung in windows, or rubbed on chimneys and keyholes.
* During WWII, russian soldiers, alongside uniforms, dry socks, weapons and ammunition, also included cloves of garlic in their battle gear, to crush the juice into wounds, to prevent infection.

MODERN RESEARCH:
Garlic has a very long folk history of use in a wide range of ailments, particularly ailments such as ringworm, Candida and vaginitis where its fungicidal, germicidal, parasiticidal, antiseptic, and tonic properties have proved of benefit. While some of the old stories of garlic's healing properties have doubtful validity, many of its claimed health benefits have been backed up by modern scientific research. There are two main medicinal ingredients which produce the garlic health benefits: allicin and diallyl sulphides. Modern science has shown that garlic is a powerful natural antibiotic, the bacteria in the body do not appear to evolve resistance to the garlic as they do to many modern pharmaceutical antibiotics. This means that its positive health benefits can continue over time rather than helping to breed antibiotic resistant "superbugs".
Some studies have also shown that garlic have a powerful antioxidant effect - Antioxidants can help to protect the body against damaging free radicals, preventing cancer. Daily use of garlic in the diet has been shown to have a very beneficial effect on the body, especially the blood system and the heart; Cleaning the blood and preventing heart attacks. Demographic studies suggest that garlic is responsible for the low incidence of arteriosclerosis in areas of Italy and Spain where consumption of the bulb is heavy. Garlic is also said to  reduce glucose metabolism in diabetics. The German Commission E Monographs, a therapeutic guide to herbal medicine, approve Allium sativum for arteriosclerosis, high blood pressure, and high cholesterol levels. Externally, the expressed juice is an excellent antiseptic for treating wounds.

EDIBLE USES:
While the use of garlic in Mediterranean cuisine deserves a bookshelf by itself, let's skip that bit since it is still a common ingredient in the Mediterranean kitchen and basically used in every traditional dish. I do, however, wish to point out that the fresh bulb is much more effective medicinally than stored bulbs, extended storage greatly reduces the medicinal properties of the plant. Garlic is at its’ most potent when consumed fresh and raw!

OTHER USES:
The juice from the bulb is used as fungicide and insecticide, and to ease the pain from insect bites. In China the juice from garlic bulbs is used as a glue in mending glass. Within agriculture it is used in the treatment of blight and mould or fungal diseases of tomatoes and potatoes. Garlic grows well with most plants, especially roses, carrots, beet and chamomile, but it inhibits the growth of legumes and alfalfa. If a few cloves of garlic are spread amongst stored fruit, they will act to delay the fruit from rotting.