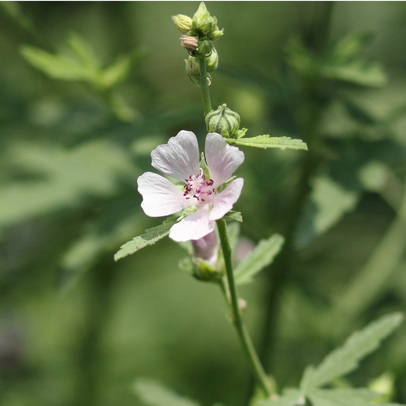 INTRODUCTION:
Currently, in my country of origin: Sweden, there is a grand debate over how reliable 'alternative medicine' is, and if it should be banned. Having dedicated my life to plant research I find this debate quite hilarious, since most 'modern medicines' are made up from plant extract to begin with. Just concentrated, patented and outrageously expensive. Where as I cannot deny the fact that concentrated plant material will heal illness more effectively than eating the plant after we get sick, I strongly question why 'medicinal food' is not implemented in the first place, rather than being introduced after illness is already upon us. Simply put, cancer and diabetes could be prevented rather than treated!
Thus, to me, the real debate should be about what we eat, why, and how food is produced. Many modern crops today are not particularly nutritious, and the way we produce them makes them outright poisonous. Thus we get sick. Basically the control apparatus has the whole species of homo sapiens herded in between the supermarkets and the hospitals. To me, banning natural medicines and promoting patented pills, is just another veil over our eyes, and a civilised form of witch hunt. Or dramatically put, a silent inquisition in our own age and time. So let's risk being burnt at the stake by reintroducing a little herbal witchcraft here: My twentysixth article introduces the Marshmallow – Althaea officinalis:

QUOTE:
"One day our tiny minds will get a grasp on just how powerful herbal medicines actually are. Until then, we’ll continue stumbling around in the dark."
~ Case Adams, Naturopath


ALTHAEA OFFICINALIS:
Marshmallow, despite common belief, is more than gooey barbeque candy: The original recipe is from ancient Egypt; A medicinal concoction from the root of the plant. Marsh mallow is a close relative of the Common mallow (Malva sylvestris), probably the most common winter weed around our area. Last year I could more or less stuff my belly with Common mallow all throughout winter, and it would still be invading the backyard. Common mallow is also one of the few 'wild edibles' that is still gathered and sold at the vegetable market. Usually the leaves are used for making dolma, just ask for 'Ebegumeci'. Another relative, the cultivated Hollyhock (Alcea rosea) is also quite a common sight in gardens around Fethiye and KayaKöy. Both Common mallow and Hollyhock are both highly edible and medicinal, but they are nothing in comparison with the medicinal might of the Marsh mallow. This plant thrives on the upper margins of salt and brackish marshes, hence the name 'Marsh mallow'.
According to my research Marshmallow is supposed to grow naturally in our area, but since the only place I ever saw it was at the herbal store by the fishmarket, I decided to plant some myself. Well, my timing was wrong and it died on me. However, that very plant is currently coming back from the root. Thus imitating nature, now is the time to plant more. With a bit of luck, it might just become as invasive as the Common mallow. It produces quite a bulk of food (leaves and flowers), which can be harvested bit by bit, coming back from the root every year with the season since it is a perennial, until the root is big enough to harvest after 3-4 years. The marshmallow is a perennial, self seeding, frost hardy source of food and medicine. It deserves and needs to find its' way back to our plates!
Turkish names: Tıbbi hatmi, Fatma çiçeği.

MYTHOLOGY & HISTORY:
* The generic name, Althaea, is derived from the Greek "ἄλθειν" (to cure), from its healing properties. The name of the family, Malvaceae, is derived from "μαλακός"; Latin 'Mollis' (=soft), from the special qualities of the mallows in softening and healing.
* The root has been used since the Middle Ages in the treatment of sore throats.
* A common vegetable during Roman times, when a dish of Marsh mallow was considered a delicacy. Also a common vegetable grown in ancient Egypt.
* Many of the poorer inhabitants of Syria subsist for weeks on herbs, of which marsh mallow is one of the most common.
* In times of scarcity, war or famine, where ever Marshmallow grows naturally, it is one of the most important 'wild plants' to substitute commercial food sources.

MODERN RESEARCH:
The entire plant, particularly the root, abounds with a mild mucilage, which is emollient to a much greater degree than other mallows. This soothing property makes it very effective in treating inflammations and irritations of the mucous membranes such as the urinary and respiratory organs. The root counters excess stomach acid, peptic ulceration and gastritis. It is also applied externally to bruises, sprains, aching muscles, insect bites and skin inflammations. The whole plant, but especially the root, is a natural cough medicine, promotes the flow of urine, acts soothing on the skin as well as internal organs, and is beneficial for teeth and gum. Marshmallow is traditionally used as a gargle for mouth and throat ulcers, and gastric ulcers. An infusion of the leaves is used to treat cystitis and frequent urination. In traditional Chinese medicine, Althaea officinalis is known as 藥蜀葵 (= yàoshǔkuí). It is claimed to increase the flow of breast milk and soothe the bronchial tubes.
The German Commission E Monographs, a therapeutic guide to herbal medicine, approve Althaea officinalis for irritation of mouth and throat and associated dry cough/bronchitis (Root and leaf), mild stomach lining inflammation (root).

EDIBLE USES:
The flowers and young leaves can be eaten, and are often added to salads or are boiled and fried. When boiled first (20 minutes), then fried with onions and butter, the roots are said to form a palatable dish.
Modern age foraging expert Sergei Boutenko recommends the following smoothie:
2 cups freshly harvested marsh mallow leaves
½ of a honeydew melon
1 cup frozen raspberries
Blend with water until fully smooth.
And of course, boiling the root will produce a slimy layer simmering on top of the water. This can be whipped into a thick cream – the original Marshmallow!

OTHER USES:
The dried root can be used as a natural toothbrush. The root is used as a cosmetic, helping to soften the skin. A fibre from the stem and roots is used in paper-making. The dried and powdered root has been used to bind the active ingredients when making pills for medicinal use. The root is boiled in water until a thick syrup is left in the pan, this syrup is used as a glue. An oil from the seed is used in making paints and varnishes.