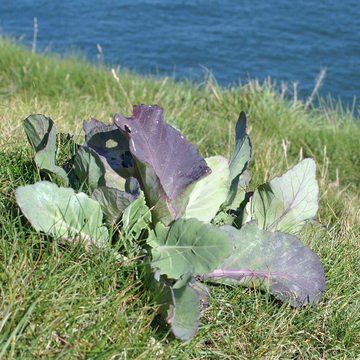 INTRODUCTION:
In my little world of gardening there are no such things as 'weeds' or 'pests' or 'diseases'. These﻿﻿ words are misconceptions based upon ignorance. And so, if your plants die down you are growing the wrong stuff. And 'pests' and 'diseases' mostly occurs when a natural biodiversity is disrupted by forced mono cropping or manmade pollution. Just because something does not serve our purpose of growing food it does not mean it serves something else... Everything in nature serves a purpose and strives for balance, disease included.
Tilling the soil and using pesticides are short term solutions which in the long run is building up to a momentum of horrible disasters we have yet to fathom. It is us, mankind, that is the organism out of its' element in this little scenario on this little planet, and in our struggle to persevere, we are destroying everything around us, and in the end ourselves.
The keys to correcting these misconceptions and restore the soil are biodiversity and perception, to work with nature rather than against her: We need to change what we perceive as food and how to produce it without disrupting the cycles of nature, or this planet will eventually shrug us off like the little blood sucking parasites we have become.
Feeding humanity with 20 staple foods when we are surrounded by thousands upon thousands of edible food plants is plainly put: Totally bloody insane. So let's introduce some more. My thirty first article introduces Brassica oleracea:

QUOTE:
"Men have come to such a pass that they frequently starve, not for want of necessaries but for want of luxuries.”
~ Henry David Thoreau


BRASSICA OLERACEA:
This plant is known under many names: Cabbage, Savoy cabbage, Kale, Collard greens, Cauliflower, Broccoflower, Broccoli, Brussel sprout, Kohlrabi are a few of them. These are all hybrids of the very same plant. I am very fond of this plant and have tried them all in my garden, experimenting by planting in and out of season, allowing for bolting and self seeding. But woe, most of them are prone to bugs and bolting. With the exception of kale which is quite hardy, most of my efforts have been unsuccessful until I laid my hands on the ancestor of them all: The wild form!
Most brassicas are cultivated winter time in our climate, which is quite understandable since heat and water scarcity will cause them to bolt in no time and a bug invasion can turn a whole field of crops into skeletons over night. Well, the ancestor of these young hybrids is far wiser: Not only is the wild form endemic to the region, but it is supposedly a perennial. Once planted, it will come back year after year after year, steadily producing more food. It grows fast like mad, producing a lot of bulk. And well, it DOES get nibbled by bugs, but for some reason they do not devour the whole plant, just a few holes in the leaves here and there, like it wants to tell you: Hey I'm edible, look at all these holes made by insects that refuse to touch your sprayed plants because they're poisonous...
Again I ask, why oh why are we growing these stupid hybrids forcing us to work so hard just to keep them alive, when the natural wild form seems to do nothing else but throw free food at us. Personally I mulch with the left overs...

MYTHOLOGY & HISTORY:
* Brassica oleracea has become established as an important human food crop plant, used because of its large food reserves, which are stored over the winter in its leaves.
* Although it is believed to have been cultivated for several thousand years, its history as a domesticated plant is not clear before Greek and Roman times, when it was a well-established garden vegetable.

MODERN RESEARCH:
A diet rich in cruciferous vegetables (e.g., cabbage, broccoli, cauliflower) is linked to a reduced risk of several human cancers. [Wikipedia]
The leaves are cardiotonic and stomachic. They have been used in the treatment of gout and rheumatism. The leaves can be used as a poultice to cleanse infected wounds. The seeds are anthelmintic, diuretic, laxative and stomachic. [PFAF]
Wild mustard greens have been revered throughout history as the number one healthiest green. They have a high level of antioxidants, which help to prevent cancer and heart disease. [Boutenko]

EDIBLE USES:
It's cabbage, so you eat it like cabbage: Leaves - raw or cooked. Slightly bitter raw, they can be cooked in one or more changes of water. Some find that the slight bitterness actually enhances the flavour. One of my favourite foods as a child was cabbage soup with boiled meat balls (fricadelles). Just boil cabbage, meat balls and broth.

IMPORTANT NOTE:
An easy trick to identify anything from the mustard family in the wild is to look for plants with 4 sepals, 4 petals, and 6 stamens.