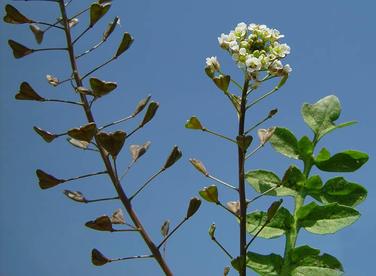 INTRODUCTION:
Just this last decade the town of Fethiye has seen an abundance of fastfood establishment and supermarkets popping up like mushroom after heavy rain. In the unstoppable process of mindless modernisation, processed food and patented medicines are rapidly replacing the vegetable markets and the old tradition of smallscale farming and herb foraging. As always within our time and age, it seems to come down to good business for the fat cats at the expense of health and happiness of ordinary people and a devastating blow to mother nature. And even as some of us more conservative folks grow increasingly suspicios towards processed food from faraway sources, the supermarket is here to stay, and the knowledge on small scale agriculture and the wonders of nature is fading.
This column is a vain, yet hopeful contribution to preserve the knowledge on wild edible and medicinal plants as well as promoting a sane use of the many resources surrounding us in the rich soil of the Mediterranean part of Turkey. This is my sixth article, introducing Shepherd's purse:

QUOTE:
”When it becomes a revolutionary act to eat real food, we are in trouble.”
~ Mark Hyman


CAPSELLA BURSA-PASTORIS:
Common names in English: Shepherd’s purse, St. James’ weed, Mother’s heart, Peppergrass, Blindweed. Common names in Turkish: Çobançantası, Kuşkuş otu. Capsella bursa-pastoris is known by its common name 'Shepherd's purse' because of its triangular, purse-like pods and it grows all over the world twelve months of the year unless winters are too cold. The plant left its Mediterranean homeland a long time ago and has travelled with people to suitable places all around the world and is a very common weed of gardens and arable land.
If you do a search on the internet you will find more information dedicated on how to eradicate it rather than how to harvest and use it. That said, Shepherd's purse is a member of the Mustard family. And all wild mustard greens have been revered throughout history as the number-one healthiest green [Boutenko 2013]. One of shepherd’s purse’s pods produces an average of 5,000 seeds which are sticky and attach to passers-by and remain viable in the soil for up to 15 years. The seeds are able to germinate almost anywhere and shepherd’s purse can be found growing in very different environments, from concrete town centres to bird rocks to asphalt cracks. It's all around us!

MYTHOLOGY & HISTORY:
* A native of Europe, the plant has accompanied Europeans in all their migrations and established itself wherever they have settled to till the soil.
* In John Josselyn's Herbal it is one of the plants named as unknown to the New World before the Pilgrim Fathers settled there.
* It contracts blood vessels and so was used to treat wounds during both World Wars when more powerful medicines were unavailable.
* Its blood-clotting substances are found especially in plants that have been attacked by a white mould and whose shoots are distorted and malformed.

MODERN RESEARCH:
Wild mustard greens are one of the most nutrient-dense foods available to us. They contain high concentrations of beta-carotene, calcium, fiber, zinc, and vitamin A [Kallas, 2010]. They also contain vitamins B, C, E, K, plus potassium, sulfur, copper, and manganese [Boutenko, 2013]. Shepherd's purse also has high levels of antioxidants, which help to prevent cancer and heart diseases. Although the plant sees little use in modern herbalism, it is a commonly used domestic remedy, being especially efficient in the treatment of both internal and external bleeding.
A tea made from the dried herb is considered to be a sovereign remedy against haemorrhages of all kinds - the stomach, the lungs, the uterus and especially the kidneys. It has proven uterine-contracting properties and is traditionally used during childbirth. The German Commission E Monographs, a therapeutic guide to herbal medicine, approve Capsella bursa-pastoris Shepherd's Purse for nose bleeds, premenstrual syndrome, wounds & burns.

EDIBLE USES:
Shepherd's purse is rather small and fiddly to deal with, especially if you wish to separate seeds from stem from leaves for different uses. But all parts are edible and if added in small doses it's bound to highlight any dish with its mild peppery taste. The seeds/seedpods can be ground into a meal and used in soups or seasoning for soups and stews. The leaves can be added raw in sallads and the fresh or dried root is considered a ginger substitute. Around Ankara it is used as börek filling; Sauteed with egg; Or cooked with rice and served with yoghurt. In the southeast of Turkey the leaves are sauteed with onion and mixed with bulgur.

OTHER USES:
Besides its many edible uses, the plant is also a disputed carnivore, appearing to attract, kill and feed from small insects that sticks to it and has been used as an organic pesticide, fending off large populations of mosquitoes. It is also cultivated on salty or marshy land in order to reclaim it by absorbing the salt and 'sweetening' the soil.

IMPORTANT NOTE:
Even though I have read at least 10 sources promoting this plant as a nutritious edible, my main source of information (www.pfaf.org) lists a few notes of interest: ”Signs of toxicity are sedation, pupil enlargement and breathing difficulty. Avoid if on treatments for high blood pressure. Avoid with thyroid gland disorders or heart disease. Possible addictive sedative effects with other depressants (e.g. Alcohol). Avoid during pregnancy.” The plant has been ranked 7th amongst 250 potential anti-fertility plants in China!
Powered by