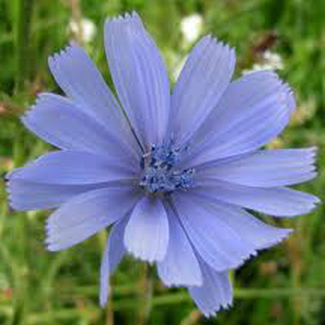 INTRODUCTION:
Naturopathic doctors tell us that the best way to avoid cancer is to eat organic, freshly grown green leafy vegetables. Common sense tells us that the cheapest way to feed ourselves is by growing our own food, which is in and of itself great preventive medicine. If health problems arise, or if injuries occur, medicinal herbs work admirably well, are relatively free of side effects, and are a lot cheaper and easier on the environment than pharmaceutical drugs. For every disease, there is in nature a medicinal plant that will help, and in terms of plant flora, Turkey is simply a paradise.
The abundance of flora surrounding us used to make up a large portion of the local diet, hence the Legend of Mediterranean health & longevity. In the US & northern Europe modern food growers and manufacturers continue to streamline the food supply and strive for convenience and profit, their diets become less diverse and health diminishes. Modernisation has homogenized food into what is most economical, not what is most healthy. Silly little thing that instead of applying the blueprint of Turkish self-sustainable village life on them, Turkey is currently abandoning its' own Legend & sanity - Prioritizing economical growth over population health. My seventeenth article introduces another medicinal plant growing wild at our feet, soon to be forgotten. Chicory - Cichorium intybus:

QUOTE:
“Consider the tree, growing from the soil of its own making, offering its shade, its wood, its oxygen, its fruits to all beings that come into contact with it. The tree does all this without asking for anything in return. It gives forth this bounty into the universe, and in exchange the universe gives the tree its place on earth. May we all be like the trees, and give without asking for anything in return, and thereby receive.”
~ Horizon Herbs, Cech Family


CICHORIUM INTYBUS:
The botanical name, 'Cichorium intybus', has a contorted history. Both words came through Greek then were bastardized by Latin. The ancient Greeks called chicory 'Kichore' but now use 'αντίδι'. 'Intybus' is from the Egyptian word 'tybi', which means January, the month the vegetable was commonly eaten. Modern Greeks call it 'Radiki', the same word used for dandelion greens. In English it is known under the names 'Chicory, Blue daisy, Blue dandelion, Blue sailors, Blue Weed, Bunk, Coffeeweed, Cornflower, Horseweed, Ragged sailors, Succory, Wild bachelor's buttons & Wild endive '. The only names in Turkish I have found are 'Hindiba & Aci marul'. The magic of this plant is that it is very hardy and also a perennial, giving birth to new fresh leaves and flowers every year, until finally the root is big enough to harvest. I actually planted chicory in my garden this year, only to discover that it appeared as a natural 'weed'.

MYTHOLOGY & HISTORY:
* The chicory plant is one of the earliest cited in recorded literature. Horace mentions it in reference to his own diet, which he describes as very simple: "Me pascunt olivae, me cichorea, me malvae" (=As for me, olives, endives, and mallows provide sustenance).
* The cultivated chicory plant has a history reaching back to ancient Egyptian time. Medieval monks raised the plants and when coffee was introduced to Europe, the Dutch thought that chicory made a lively addition to the bean drink.
* In 1766, Frederick the Great banned the import of coffee into Prussia leading to the development of a coffee-substitute by Brunswick innkeeper Christian Gottlieb Förster, who gained a concession to manufacture it in Brunswick and Berlin. By 1795 there were 22 to 24 factories of this type in Brunswick.
* In Napoleonic Era France, chicory frequently appeared as either an adulterant in coffee, or a coffee substitute. Chicory was also adopted as a coffee substitute by Confederate soldiers during the American Civil War, and has become common in the United States. It was also used in the United Kingdom during the Second World War, where Camp Coffee, a coffee and chicory essence, has been on sale since 1885.

MODERN RESEARCH:
Chicory has a long history of herbal use but is little used in modern herbalism. Chicory leaves are a good source of vitamins A, B, C, E, and K, plus potassium, calcium, phophorous, copper, zinc, and magnesium. Chicory is beneficial for the liver, kidneys, gallbladder, and pancreas [Boutenko]. The roots contain inulin polysaccharides, favourable for diabetics [Hobbs]. Roasting the roots converts the inulin into oxymethylfurfurol, the compound with the coffee-like aroma [Tyler].

EDIBLE USES:
Except for the dried root being a coffee substitute the foilage grows huge and produce quite a bulk. The popular Turkish name 'Aci marul' means 'bitter sallad' and the bitter taste of the leaves does not suit all palates. However, if you combine it with sweeteners like pomegranate juice and slices of apple, the combination of sweet and bitter proves rather exotic. Other recommendations are to add leaves to dishes with fish and caper. The blue flowers make a beautiful addition to sallads.
A failed attempt at storing the roots in darkness led to the invention of 'chicons': The technique of blanching removes the bitterness, producing small, sweet and crispy sallad heads, considered a rare delicacy, especially in France.

OTHER USES:
The roots have the potential to be used for the production of biomass for industrial use. They are rich in the starch 'inulin' which can easily be converted to alcohol. A blue dye has been obtained from the leaves. The flowers are an alternative ingredient of compost activator.

IMPORTANT NOTES:
Some sources claim that excessive and continued use may impair function of the retina.

CONCLUSION:
I'm with Horace on this one. I already have olives in the garden, mallow presents itself as weed, and after I introduced Chicory it proved not only to be extremely hardy and produce quite a bulk, but it is also invasive. As for introducing 'wild edibles' into the garden Chicory is by far my most successful experiment. From but four plants (planted the wrong season) I now have a patch of about 100 plants by just letting the flowers bloom and drop to the ground. And even as I harvest the leaves the plant persists in coming back in just a few days, producing more food. Even as I thin out the plants to allow a few to grow larger, the babies I throw to the side actually root themselves by just connecting with the soil.  Perhaps the wiser strategy would be to separate the leaves from the root and use as direct compost before my whole garden is overgrown with Chicory.
As for the note on impaired retina function I believe it is a small price to pay considering all the beneficial effects of this plant, especially since I live in a zone in danger of future desertification, and should suddenly the grocery stores shut down due to war or the end of oil, I could easily feed myself on a daily basis, Chicory be my staple food.