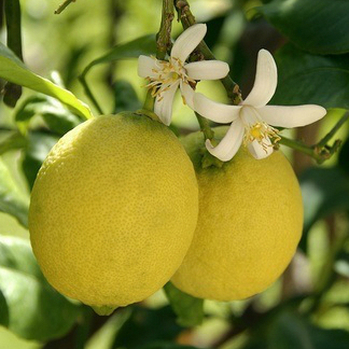 INTRODUCTION:
If you manage to unlearn what your experience has taught you to be 'food', and view edible plants from a bigger perspective, the picture of food production comes into a whole new perspective: There are around 20 000 recorded edible plants growing worldwide, yet around 20 of these now make up for 90% of modern food production. These are staple foods like rice, potato, corn, wheat, cassava, et cetera. Food experts tell us that the key to optimal health is food diversity, yet as modernisation runs rampant, food producers tend to streamline food production into what is convenient and profitable, not what is healthy. Not only does this diminish our health, but sets in rotation an enormous resource abuse, compromising future food security. The phrase 'think global, eat local!' is more than an idealistic slogan, in order to secure future food production and population health, it is crucial.
One of the pillar stones to carry up the Mediterranean legend of health and longevity are the traditions of foraging and small scale farming. One of these traditions is more or less dead, and the other one is dying. Out of around 300 wild and domesticated edibles around us, 3 remain that are still frequently incorporated into the diet of your average urban dweller, and can be said to be properly healthy and medicinal:
These are olive, garlic & lemon. Some would add tomato to the list, but the tomatoes just don't taste like they used to, now do they!?
My nineteenth article introduces lemon - Citrus limon:


CITRUS LIMON:
Citrus limon, the common lemon, is a small tree in the citrus family that originated in Asia (most likely India and Pakistan). The tree is believed to have arisen as a hybrid between other Citrus species, supposedly sour orange and citron. Lemon has a long history of cultivation in southeast Asia and China, today grown commercially worldwide in warm countries, including the Mediterranean region where it arrived during Roman times. The desirable fruit is used fresh and in beverages, cooking, and as a preservative due to its anti-oxidant properties.

MYTHOLOGY & HISTORY:
* The lemon was first recorded in literature in a 10th-century Arabic treatise on farming, and was also used as an ornamental plant in early Islamic gardens.
* Lemon was distributed widely throughout the Arab world and the Mediterranean region between 1000 and 1150.
* Lemons were known to the Jews of Jerusalem, who, according to Josephus, pelted an errant high priest with them during a festival in the 90s BC.
* In 1747, James Lind's experiments on seamen suffering from scurvy involved adding lemon juice to their diets, though vitamin C was not yet known. Later on it became a legal requirement that sailors should be given an ounce of lemon each day in order to prevent scurvy.

MODERN RESEARCH:
Lemon is an excellent preventative medicine and has a wide range of uses. All citrus species contain an abundance of nutrients and minerals, and research is still underway in finding uses for them. Lemon is rich in vitamin C, citric acid, bioflavonoids, and volatile oils. Vitamin C helps the body to fight off infections, boosts the immune system, and also to prevent or treat scurvy. Lemon has also proven to be anti-oxidant, antibiotic, anti-rheumatic, and antibacterial, providing a huge health boost if consumed regularly.
It has been used as a substitute for quinine in treating malaria and other fevers. Although the fruit is very acid to the taste it is not 'acidic', and once eaten it has an alkalizing effect upon the body. The bioflavonoids in the fruit help to strengthen the inner lining of blood vessels, especially veins and capillaries, and help counter varicose veins and easy bruising. The skin of the ripe fruit is beneficial to the digestive system.

COMMON USES:
Except for the fruit juice so very common in the Mediterranean kitchen, lemon has a huge range of lesser known other uses: The leaves are used for teas and seasoning, and the peel is often used in baking. Applied locally, the juice is a good astringent and is used as a gargle for sore throats. A halved lemon dipped in salt or baking powder is used to brighten copper cookware. The juice can used to deodorize, remove grease, bleach stains, and disinfect; When mixed with baking soda it removes stains from plastic food storage containers.
The oil of the lemon's peel is used as a wood cleaner and polish. Lemon oil is also used as a nontoxic insecticide treatment. Lemon juice may be used as a simple invisible ink, developed by heat. One educational science experiment involves attaching electrodes to a lemon and using it as a battery to produce electricity. Hair dye, soap, food preservative, bleaching agent, and much more...

IMPORTANT NOTE:
Lemon contains bergapten which sensitizes the skin to sunlight, this essence is sometimes added to tanning preparations since it promotes pigmentation in the skin, though it can cause dermatitis or allergic responses in some people.