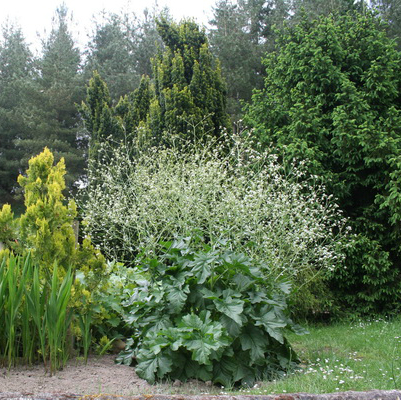 INTRODUCTION:
The five stages of civilisation seen from the eyes of a herb nerd:
Stage 1 – Primitive:
Hunter/gatherers. Everybody knows about food, how to hunt, build shelters and make clothes, and how to collect and reproduce edible plants. Jobs, money and infrastructure do not exist.
Stage 2 – Transit:
Technology has been introduced, but the quality is low, dysfunctional and mistrusted. Many people still know how to gather from nature and support themselves through small scale agriculture. Vegetable markets exist side by side with super markets. Should the infrastructure collapse there would be bread riots for a while, many people would die, but in the end people people would simply revert to the old ways.
Stage 3 – Advanced:
The connection with nature is severed. Majority of people live in cities and are more or less dependent on technology and food import to survive. Everything is mass produced, packed in metal and plastic, and acquired from super markets. Most people take food for granted. Should the infrastructure collapse most people would die.
Stage 4 – Corrupt:
Nature becomes the enemy. The knowledge on growing and gathering food is a specialisation or a hobby of a selected few, all regulated by the government. People in general have no idea where food comes from or how it is produced. All resources are centralised and massproduced. Chemically refined food produce is more common than natural food. Fast food is normalcy. As is diet related diseases, obesity, crime, pollution, drug dependency, warfare and a massive abuse of resources. Should the infrastructure collapse it would drag a major part of the world with it.
Stage 5 – Utopia:
Corporate feudalism has ended, replaced by resource based economy, oil and nuclear replaced by renewable energy sources. Urbanisation has revolved towards ruralisation, cities replaced by self sustaining communities governed through direct democracy, technological advances are used for the benefit of the species rather than warfare and segregation. Permaculture is a mandatory subject in the educational system, as is the art of conserving food, placing the refridgerator in the museum. Botanists, foragers and farmers cooperate in every region, reintroducing forgotten food plants in communal areas and private gardens. Food is abundant and free and war is obsolete. Soil depletion has ended, the deserts regrown, Jesus and Bob Marley have reincarnated, and every day is a party. Should the infrastructure collapse people would read more books and interact more because mobile phones, internet and television are all gone. No one dies except those stupid enough to fight over religion or nationalism.

Perhaps not the most eloquent tale, just my own point of view. I come from a stage 3 civilization, wanted to find a stage 1, but ended up in a stage 2 that is plunging towards level 4 and the only way to fix that is to get to stage 5 before the machinery overheats. But enough daydreaming. Here's another long neglected perennial vegetable suited to our climate. Article 36 introduces Sea kale - Crambe ssp:

QUOTE:
“Everything is coming to a time where prophecy and mans inability to live on Earth in a spiritual way will come to a crossroad of great problems. The Hopi believe if you are not spiritually connected to the earth or understand the spiritual reality of how to live on Earth it's likely you will not make it.”
~ Hopi Elder


CRAMBE SSP:
Crambe is a genus of about 20 species of annual and perennial flowering plants in the cabbage family. Crambe maritima (Sea kale) and Crambe cordifolia (Greater Sea kale) are both perennials and native to our region, traditionally used as leaf vegetables. Sea kale used to be popular decades ago when it was both foraged and cultivated, but since then it has been replaced by modern annual vegetables, and today almost forgotten.
They are named Sea kale as they tend to enjoy a light spray of salt water, and are found wild growing by the sea side. Common Sea kale is more tasty, where as Greater sea kale grows up to two meters, producing quite a bulk of food. If everyone in Fethiye had this giant potted up on the balcony we would soon see the end of traditional cabbage on the veggie market. Good thing too since common cabbage is prone to bugs and more often than not sprayed with chemicals. It is also quite a pretty plant, serving as an ornament if you do not like the taste of it. Or perhaps feed it to your camel, they love the stuff. Sea kale is also very long lived, and if treated well, it might just outlive you.

MYTHOLOGY & HISTORY:
* In the 19th century, so much Sea kale was gathered on the English coasts to meet the demand from London markets that it became a rare plant in the wild.
* Stephen Barstow referrs to Sea kale as an “aristocrat of the vegetable kingdom”.

MODERN RESEARCH:
There are few reports on the medicinal uses of Sea kale in books and on internet, but as foraging specialist Boutenko points out: “All mustard greens have been revered throughout history as the number one healthiest green. They are rich in vitamins A, B, C, E, and K, plus calcium, potassium, sulfur, copper, manganese, and fiber. Plus high levels of antioxidants, which help to prevent cancer and heart disease.”

EDIBLE USES:
Flowers, leaves and roots are all edible. But if you want it to survive over the years and even selfseed, I suggest to stick to the leaves. Due to Sea kale's rather strong taste it is usually blanched. Other than that it is used just like any cabbage.
Saul Dixon recommends to pile it on sippets of toasted bread previously soaked in kale-water, and pour over with some white sauce, or melted butter.

OTHER USES:
It's pretty.