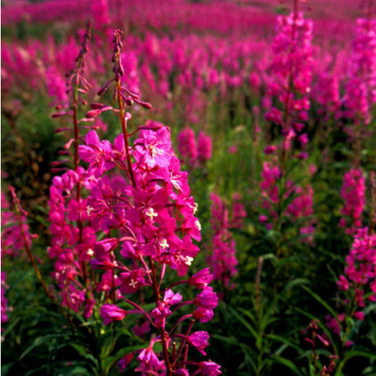 INTRODUCTION:
Even though the Mediterranean is famous for its’ abundance of naturally occurring food- and medicinal plants, setting up a proper selfsustainable garden with perennial vegetables is proving increasingly difficult. One of the reasons is the extreme weather conditions with soaking wet winters and hot, dry summers, with spring and autumn hardly noticable in between. Most naturally occurring edible plants are short lived annuals that come and go with the seasons. Levelling out these conditions by mulching, shading, cover crops and companion planting is proving a true challenge. Especially with the neighbours insisting on changing the conditions by continually cutting down trees and building walls and houses while their chickens ravage my worm-rich soil, scattering seeds and plants all over the place. Thus lately, in a fruitless act of revenge, I find myself changing my diet from mostly leafy greens towards mostly white meat.
And so, in my frustration, I would like to share a nostalgic memory of my family house back in Sweden; An old family estate at the outskirts of a small settlement. Even though the winters are extremely cold the other three seasons provide an abundance of food plants;
There is a whole field of stinging nettles behind the barn because of the decades old, nitrogen-rich manure pile. And behind the small red house where my father and several generations before him grew up, my forebears must once have done some very intelligent gardening because even now chives, rhubarb, horseradish, plantain, cow parsley and ground elder present themselves every year.
But the most common food plant around is probably the Fireweed. Where as most neglected food plants grow nearby old settlements as a testament to the resourcefulness of our ancestors, Fireweed is a common sight even by the roadsides of the network of asphalt and rail connecting the scattered settlements of my rural origin. In the eyes of a forager it appears as a neverending field of food that noone cares to harvest, and a testament to the ignorance of modern society. And even though I have not seen it around here, this particular plant is supposedly very common also in Turkey, especially the north. Article 40 presents Epilobium angustifolium:


EPILOBIUM ANGUSTIFOLIUM:
Fireweed is a perennial plant growing up to 2 meters at a fast rate. It is often abundant in burned-over lands; the name ‘Fireweed’ derives from the species' tendency to invade burnt sites after forest fires. As trees and brush grow larger the plants die out, but the seeds remain viable in the soil seed bank for many years; until a new fire or other disturbance occurs that opens up the ground to light again. Some areas with heavy seed counts in the soil can, after burning, be covered with pure dense stands of this species and when in flower the landscape is turned into fields of color.
A single plant can bear up to 80,000 seeds, spread by the wind and often becoming a weed and a dominant species on disturbed ground. Once established, the plants also spread extensively by underground roots, an individual plant eventually forming large patches. Although Fireweed is originally from arctic climate it has spread and adapted to a wide range of climates, including Turkey.

MYTHOLOGY & HISTORY:
* The species name angustifolium ('narrowleaved') is constructed from the Latin words angustus meaning 'narrow' and folium meaning 'leaf'.
* In Britain the plant was considered a rare species in the 18th century. The plant's rise from rare to widespread occurred at the same time as the expansion of the railway network, and the associated soil disturbance. The plant also became locally known as ‘bombweed’ due to its rapid colonization of bomb craters during the second world war.

MODERN RESEARCH:
Fireweed is often used as a domestic herbal remedy, though it is little used in conventional herbalism. It is used in the treatment of diarrhoea and irritable bowel syndrome. The plant is used in Germany and Austria to treat prostate problems. A poultice of the leaves is applied to mouth ulcers. An extract of the leaves has anti-inflammatory activity. An ointment made from the leaves has been used to soothe skin problems. A tea made from the leaves and roots is a folk remedy for dysentery and abdominal cramps. A poultice made from the peeled roots is applied to burns and irritated skin.

EDIBLE USES:
Even though a single plant does not produce much bulk, the sheer invasiveness of this plant could probably end world starvation. Flowers, leaves, roots and stems are all edible. Young shoots make a good asparagus substitute. Young leaves can be consumed raw or cooked, older leaves tend to go bitter. The root should be harvested before the plant goes into flower to avoid bitterness, it can be eaten raw, cooked or dried into a powder. Stems are eaten raw or cooked. Popular use of Fireweed throughout history is adding the various parts in salads or soup flavouring. In Pre-Soviet Russia, the leaves were traditionally used as a tea, called Koporye Tea.

OTHER USES:
A fiber obtained from the outer stems is used to make cordage. The seed hairs are used as a stuffing material or as tinder. The powdered inner cortex is applied to the hands and face to give protection from cold. Because fireweed can colonize disturbed sites, even following an old oil spill, it is often used to reestablish vegetation. Good bee plant.

IMPORTANT NOTE:
Some sources claim that consuming the leaves might numb the mind, inducing sleep. Slightly laxative. As always, it’s all about the amount you consume.