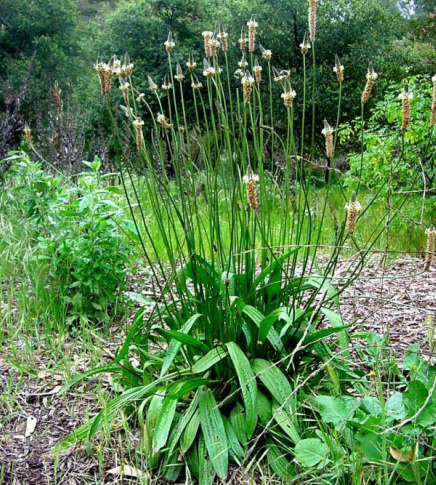 INTRODUCTION:
Raised amidst the musky pine forests and dark lakes of southern Scandinavia I remember my mother telling me to eat my veggies. Usually she was referring to a few green peas or a small sallad by the side of a mountain of meat and potato covered in gravy, the common bulk diet of my rural Swedish origin. Being obstinate as most children are, of course I refused. Today, as another form of authority – some anonymous corporate force who seemingly wants to put the whole world on an industrialised fastfood diet, and me having grown up into an even more obstinate adult - of course I chose to dedicate my life to the study of food plants.
My mother was right you know, veggies are good for you! Some are even extracted, bottled, patented, and sold as expensive medicines by another anonymous corporate force. Comparing the two authorities I'd say the authority of a mother is based on caring love, and the authority of corporations is usually based on the love of money, and this is why as an adult I keep being obstinate about authorities telling me what food and medicines to eat. We need our veggies! And the most powerful healers of nature are not the domesticated ones we are used to, but rather the wild ones we have forgotten about - Plants that serve both as food and medicine, for free! My tenth article on wild edible plants is dedicated to my mother, introducing 'Narrow-leafed plantain'.


PLANTAGO LANCEOLATA:
Plantain grows all over the world in many forms with many different names, yet the properties of the family are pretty much the same. But for the sake of simplicity let us stick to what I have found to currently flourish around us: Plantago lanceolata. Common English names: Narrowleaf plantain, Ribwort plantain, English plantain, Lamb's tongue. Common Turkish names: Yılandili, Yılan otu, Bağyaprağı, Sinirli otu, Yılandili, Yara otu. In Latin the name 'plantago' was formed from the classical Latin word 'planta' (=sole of the foot). The name was so formed in Latin because the leaves of these species grow out near flat at ground level. The suffix '-ago' in Latin means (=a sort of).
The Narrowleaf plantain is yet another wonder of nature sadly degenerated to a 'noxious weed', with more information on the web on how to eradicate than how to harvest. Well, I do admit it's a bit fibrous and not very tasty, and parts of the plant are strongly laxative. Still, having the power to clean out infected wounds, acting as an antidote and actually being able to neutralise allergic reactions on the spot, isn't this what our mothers should have put on the side of that meat-and-potato mountain as we grew up? Even if we all hated spinach, didn't the nagging of a loving mother make us eat at least a spoonful every now and then!? After all, we are what we eat. It's not just a saying - The cells to make up our bodies are rebuilt by what we eat, drink and breathe... So, would you preferr a pizza body or a plantain body?

HISTORY & MYTHOLOGY:
* All Plantago species have been used since prehistoric times both as food and herbal remedy.
* Plantain is one of the nine plants invoked in the pagan Anglo-Saxon Nine Herbs Charm, recorded in the 10th century.
* In Serbia, Romania, and Bulgaria, leaves from Plantago are used as a folk remedy to preventing infection on cuts and scratches because of its antiseptic properties.
* In Slovenia and other Central European regions, the leaves were traditionally used topically as a cure for blisters such as caused by tight shoes et c, and as relief on mosquito bites.
* It has been used as an indigenous Ayurvedic and Unani medicine for a whole range of bowel problems. Common folklore even claims it to be able to cure snakebites.

MODERN RESEARCH:
Plantago lanceolata is astringent, antibacterial, antidote, anti-toxic, antimicrobial, anti-inflammatory, anti-histamine, demulcent, expectorant, haemostatic, laxative, ophthalmic, poultice, as well as demulcent, styptic and diuretic. Bunch of fancy words there I'd love to simplify for you all, yet it would seem I am yet another victim of confused bureaucracy, wishing to renew my residence permit, thus need to redirect my energies. So I'll just finish abruptly, saying eat healthy and hope to reconnect next issue...

PS: Mind your Mediterranean roadside, what grows there might just cure cancer...
Powered by