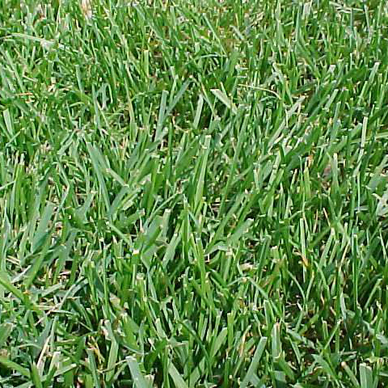 INTRODUCTION:
Dear readers, I have a confession to make: I am a naive child in the body of an adult male! You know those stupid questions kids ask that us adults take for granted... Well, these are some of the stupid questions that pass through my mind on a daily basis:
Why do we need to heat meat before consuming it? What other animals brush their teeth, or is it that they don't need to because their instinct tells them not to eat stuff that rot their teeth? Why are we the single mammal on the planet to have no instinct on what food is natural to us? Why do we live in heated boxes in which we keep cooled boxes to store food? Why is food transported from one end of the Earth to another? Why do we pee and poo in porcelain thrones only to gather our waste into some underground chemical shit brew, instead of using our own waste as fertilizer? Why can we not live a 'normal' life without abusing finite resources, ruining the planet in the process? How is it possible for one individual to impose his will upon 60 million, when any anthropologist will tell you the optimal tribal community number of our species is around 60? How and why did the production of food turn into a chemical industry in order to fit the economical system, rather than to keep people happy and healthy? How did we go from small communities of hunting and gathering, living off the land, to helpless babes dependent on things we cannot build ourselves, run by megalomaniac assholes, fossil fuels, electricity and stores, consuming stuff? Seeing that mankind has more in common with a suicidal lemming-train than apes, is Darwinism nothing but a fairytale for wicked children? Et c, et c...
Yup, perhaps I am naive, still, I know something most do not, thus let me share a little secret with you: That your average 'modern' human being in her ignorance steps over more nutritious food on her short walk from the car to the entrance of a restaurant, than what is served at the establishment... Where as most processed food today contains more chemicals than nutrients, common grass is not only edible, but far more healthy than a hamburger. On the downside it's a bit chewy and overconsumption will make your tummy hurt. But if that's the price to pay to revolve our civilisation towards sustainabilty and end world starvation, I'll just get a kitchen mixer... My eleventh article introduces 'Poa', Common grass:

QUOTE:
”Without any logical knowledge of diet and nutrition, infants demonstrates an innate ability to make healthy choices. Unfortunately we lose our instincts as we grow up. Our parents teach us which foods are good for us, and if we choke them down we are rewarded with foods that are bad for us. Even without this perverse sense of dietary rewards, we learn language and logic, and ultimately lose our innate abilities.”
~ Thomas J. Elpel


POA SPP:
Where as many health- and rawfood-gurus promote wheatgrass and lemongrass as superfood, they seem to forget that common grass is extremely nutritious as well, and that most likely includes your lawn. It's just hard to chew and digest, but rather than using a simple kitchen blender, this knowledge has fallen into slumber in a world where people are starving.

HISTORY & MYTHOLOGY:
* Grasses have always been important to humans. They have been grown as food for domesticated animals for up to 6,000 years and used for paper-making since 2400 BC or before. The most important food crops are the grains of grasses such as wheat, rice and barley.
* Grasses include some of the most versatile plant life-forms on the planet and is a valuable source of food and energy for all sorts of wildlife and organisms.
* Grasses became widespread toward the end of the Cretaceous period, and fossilized dinosaur dung have been found containing phytoliths of a variety that include grasses that are related to modern rice and bamboo.
* Grasses have adapted to conditions in lush rain forests, dry deserts, cold mountains and even intertidal habitats.

MODERN RESEARCH:
Grass contains most of the vitamins and minerals needed for human maintenance. It is a whole meal and a complete protein with about thirty enzymes. Grass is also an excellent source of calcium, iron, magnesium, phosphorus, potassium, sodium, sulfur, cobalt and zinc.

CONCLUSION:
Some experts caution against eating certain grass varieties, not because they contain toxins, but simply because they are very fibrous and hard to digest. This issue is easily circumvented by blending or juicing, making the digesting process milder on your tummy. While eating grass might not bring you enjoyment, it will bring you health!

IMPORTANT NOTE:
While the idea of solving world starvation through common grass and a kitchen mixer seems appealing, of course it is never that easy. Many grasses comes with parasites and diseases, some inherent, but most as a result of the many chemicals and poisons released into nature by mankind. And grass seeds designed to create pretty lawns are usually treated with a wide range of chemicals. Do your research well before invading the next golf course, grazing your way to optimal health.
Powered by