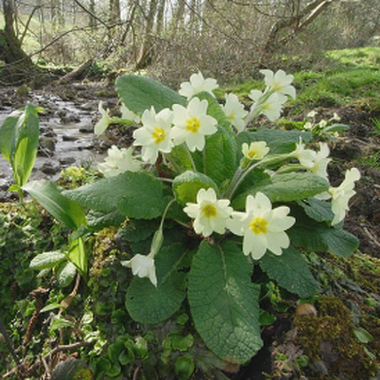 INTRODUCTION:
One of many issues with the wicked race of homo sapiens is our inability to recognize danger before it is too late. We can't accept the idea that a war will break out where we live because it is simply too absurd, even though we know wars have happened before, and still do happen in our world. Just not to us! We can't accept the idea of being a scapegoat minority, suddenly thrown into a concentration camp to be tortured and killed, because the idea is simply too absurd. Yet throughout history it has happened again and again, and it is still happening. Just not to us! We can't accept the idea of suddenly starving because the idea is simply too absurd. Yet millions and millions are actually starving on the globe today. Just not us!
Let's face it. War, madness and famine will come around eventually no matter where we live, as long as we wait until it is too late. The real key to problem solving is not solutions, but prevention, to eliminate the problem before it occurs. As Masanobu Fukuoka concludes it; As long as there are enough resources about, there is no reason for conflict. Take agriculture for example:
Whenever a developing country starts to modernize, agriculture turns into a circus: Centrally controlled food production/distribution through finite fossil fuels, pesticides and water abuse at enormous energy losses. All drenched in conservational chemicals and wrapped in plastic, transported enormous distances all over the country to be presented in supermarkets. Turkey is just another example of a nation that is destroying its' natural resources through the blind belief in money. Not only will this deplete soil and water, speeding up desertification, but it will also pollute air and water, neutralizing the natural resources around us. That stuff we always revert to when famine actually hits us:
Birch, pine, cacti, thistles, nettle, mallows, dock, amaranth, wild-flowers and -onions, even grass. These are all edible, and ironically, a lot more healthy than commercially grown crops. Either we can continue the current blueprint on agriculture and face the inevitable consequences, or we could start to actually nurture and use the natural resources around us, effectively preventing future desertification and famine. Very few of the plants I present here would alone actually produce enough bulk to feed a person all throughout the year like wheat or beans do. But imagine 25 different ones, one person given the knowledge on wild edibles, seeds and a piece of land, could probably feed hundreds. No fossil fuels, no pesticides, no chemicals, no plastic, and with very little water and maintenance. Problem prevented! My twentyfifth article introduces the Primrose - Primula vulgaris:

QUOTE:
“The systems by which we live today are simply non-sustainable.”
~ Bill Mollison


PRIMULA VULGARIS:
Unlike mankind, nature plants her seeds in autumn. Many avant garde gardeners claim we should do the same, but since that would make identification and weeding a big mess, it simply does not suit modern agriculture. However, some seeds actually require a cold frame to germinate (also known as stratification). Violets and Primroses are examples of seeds that will not germinate unless planted in a cold frame. These are common plants in many gardens, also planted en masse in cities for aesthetic purposes. I have already written about the violet, thus this article will handle the primrose. The primrose is amongst the first flowers of spring, hence the Latin name 'Primus' (=first).
Where as many hybrids of the primrose can be seen in local garden shops, promoting colorful flowers, the wild ancestor is endemic to the region. It grows best in moist but well-drained soil in light shade, thriving in open woodland, or by banks and verges. It is a perennial evergreen, but occasionally becomes dormant in summer during hot, dry weather such as the Mediterranean. A single primrose plant may live for 15-25 years, and presented the right conditions it might even become invasive, not a bad thing when it comes to medicinal food... This modest little plant is a renewable, self-seeding source of food, medicine and beauty.
English names: Primrose, Common primrose, English primrose. Turkish names: Çuha çiçeği, Kındıra otu, Koyungözü, Mart çiçeği, Menekşe.

MYTHOLOGY & HISTORY:
* In the early days of medicine, the Primrose was considered an important remedy in muscular rheumatism, paralysis and gout. Pliny speaks of it as almost a panacea for these complaints.

MODERN RESEARCH:
Primroses have a very long history of medicinal use and has been particularly employed in treating conditions involving spasms, cramps, paralysis and rheumatic pains. They are, however, considered to be less effective than the related Cowslip (=Primula veris). The plant contains saponins, which have an expectorant effect, and salicylates which are the main ingredient of aspirin and have pain-relieving, anti-inflammatory and fever-reducing effects. The roots and the flowering herb relieves pain; acts soothing on skin and muscles as well as the mind; is sedative and expels parasites. An infusion of the roots is a good remedy against nervous headaches. The roots are harvested in the autumn when two or three years old and dried for later use. An ointment has been made from the plant and used for treating skin wounds.

EDIBLE USES:
Young leaves have a mild flavour, though the texture is a bit tough, and can be eaten raw or cooked, in salad or soup. Flowers make an attractive garnish to salads, and can also be used as a cooked vegetable or in conserves etc. Picked when first opened, the flowers are fermented with water and sugar to make a very pleasant and intoxicating wine. Both the flowers and the leaves can be made into syrup or tea.

IMPORTANT NOTE:
All species of primroses contain saponins, beneficial in small doses but toxic in large amounts. The only species of Primrose that has a concentration high enough to be considered poisonous is the closely related Cowslip (=Primula veris), more common in northern Turkey and easily told apart since the flower of the later has a brighter yellow colour. Even so, munching any primrose is probably less hazardous and a lot healthier than commercially produced beer or tobacco, so don't get too paranoid about it. The medicinal benefits far outweigh the drawbacks unless overconsumed.
Not recommended for pregnant women, patients who are sensitive to aspirin, or those taking anti-coagulant drugs.

CONCLUSION:
Despite my high praise of the Primrose I have not seen it myself in the wild. Perhaps climate change or pollution got to it, perhaps it does not suit my specific whereabouts, or perhaps I don't get out enough. Should you find it in the wild I suggest to leave it alone. It is becoming extinct in many countries and picking it might just be illegal. May I instead suggest planting more. If successful it will provide beauty as well as free, medicinal food, coming back year after year.