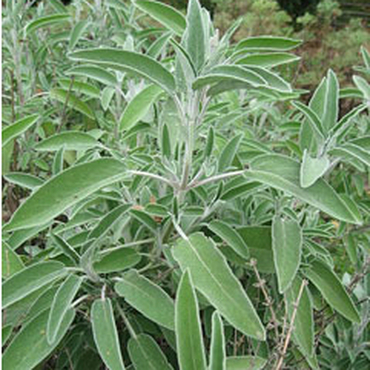 INTRODUCTION:
The aim of my research, and the reason for writing these articles, is to promote the very unorthodox wedding between perma-culture and endemic food plants. I wish to create a blueprint on how to set up a low maintenance garden, producing food and medicine, as well as regenerating the soil, so that anyone who has access to a small piece of land can benefit from it with extremely little effort.
To most people who do have access to land this is mostly considered a very alien concept, and the few who find it intriguing usually have no access to land. So I thought I'd step back a bit and present something a little more simple, something that can be grown in a pot on the balcony, for anyone to greatly improve their health. My thirty third article introduces Sage – Salvia officinalis:

QUOTE:
“Herbal medicines are designed to interact with our DNA and our cells’ reproductive processes because nature is intelligent."
~ Case Adams, Naturopath


SALVIA OFFICINALIS:
Everyone with the slightest interest in herbal remedies or gardening knows about Sage. And no wonder! Well, actually it is a wonder! Sage is a super healer, easy-to-grow, evergreen shrub. The natural center piece in any herbal garden.
Sage has been used as a natural remedy and in magickal rituals since before mankind invented writing. The latin word speaks for itself; 'Salvia' means 'saviour'. The many uses of Sage is a book in itself, and many books have been written about it. This is just a quick summary of the many uses of Sage.

MYTHOLOGY & HISTORY:
* Sage has been used since ancient times for warding off evil, snakebites, increasing women's fertility, and more.
* Sage was sometimes called Salvia salvatrix (=sage the savior), and was one of the ingredients of Four Thieves Vinegar, a blend of herbs which was supposed to ward off the plague.
* In Britain, sage has for generations been listed as one of the essential herbs, along with parsley, rosemary and thyme (as in the folk song 'Scarborough Fair').
* 'Sage' derives from the Latin 'salvere' (=to save), referring to the healing properties long attributed to the various Salvia species. It has been recommended at one time or another for virtually every ailment to haunt the human species.

MODERN RESEARCH:
Sage has a very long history of effective medicinal use and is an important domestic herbal remedy, especially for disorders of the digestive- and respiratory system. Its antiseptic qualities make it an effective gargle. The leaves applied to an aching tooth will often relieve the pain.
It can be used as an antiseptic, to reduce cramps and spams, to improve appetite, to speed up healing of the skin, and to calm an upset stomach. Sage is also used internally in the treatment of excessive lactation, night sweats, and excessive salivation. It has also been used to relieve depression and anxiety, as well as menopausal problems, and to increase female fertility.
Externally, it is used to treat insect bites, skin, throat, mouth and gum infections. As an essential oil it is used to remove mucous from the respiratory organs and  for treating rheumatism.

EDIBLE USES:
The strongly aromatic leaves are commonly used for flavouring. Sage aids digestion and is a recommended spice together with heavy, oily foods. The young leaves and flowers can be eaten raw, boiled, pickled or used in sandwiches. The flowers can also be sprinkled on salads to add colour and fragrance. A herb tea is made from the fresh or dried leaves.

OTHER USES:
Natures' own toothbrush, an ingredient in perfumes and shampoos. Compost activator, companion plant, insect repellant and as an incense to ward off evil spirits.

IMPORTANT NOTE:
The plant is toxic in excess or when taken for extended periods - though the toxic dose is very large. Symptoms include: restlessness, vomiting, vertigo, tremors, seizures.
Powered by