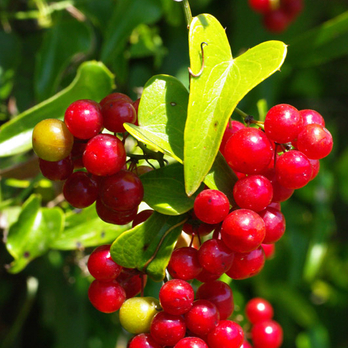 INTRODUCTION:
Where do we really draw the line between domesticated plants (vegetables), wild plants (that green stuff in the forest), and poisonous plants (ignorance will kill you, don't chance it)? Modern plant production continues to streamline and promote a selected few plants as what we are supposed to eat, and another selected few as medicines (extracted, patented and named something fancy), and dismiss the rest as unknown green stuff in the forest, when in truth reality is far more complicated.
Fact is, all plants contain nutrients and all plants contain poisons. Yes, ALL of them! Some contain a lot of nutrients and are promoted as health food and medicine. Others contain a lot of poisons and can actually kill us on the spot (Extremely few). And if prepared correctly the most poisonous ones produce the most potent medicines. But in fact most plants surrounding us can, and have been used as food, especially in times of famine. Human physiology really isn't that far off from goats, and goats eat everything: Grass, pine, nettles, mallows, dock, plantain, sorrel, clover, all very common. The list goes on and on...
This used to be common knowledge until the Christian inquisition burnt the know-hows, science hijacked the knowledge on medicinal plants, and finally industrialization invented mono-cropping! The reason why, out of 20.000 edible plants surrounding us, have been dumbed down to around 20 is because of acquired taste and monetary profit. When in truth common veggies such as potato and tomato are also poisonous if handled wrongly, and carrot is actually a powerful abortive, and only eating cabbage for a month could put you in a coma. And don't get me started on burgers and beer... To my knowledge the path to optimal health is food diversity. And in my opinion to reduce 20.000 plants to 20 (yes, 0.1% of what grows around us now make up the worlds' staple foods), call them vegetables, mass produce them with petroleum & pesticides, is the path to optimal unhealth.
The more I dig into the mysterious world of plants and modern food production, the more I become prone to substitute the supermarket with a handful of roadside weeds, and call it a meal. Where as the second one might kill me instantly, the first one will not only kill all of us slowly, but take down the biotopes with it. However, since I still believe the world can change for the better, let's introduce these forgotten edibles one by one. Article 21 introduces Sarsaparilla – Smilax aspera:

QUOTE:
“All things are poisons, for there is nothing without poisonous qualities. It is only the dose which makes a thing poison.”
~ Paracelsus


SMILAX ASPERA:
Sarsaparilla, also known as 'Rough bindweed', is an evergreen Climber growing up to 10 meters and can become quite invasive during the right conditions. Currently it can easily be identified by its' heartshaped leaves and clusters of red berries by the roadsides. It is also quite a common sight in the forest surrounding KayaKöy. It is considered a pest amongst many farmers because it can grow so vast as to overshadow a fruit tree and kill it, and getting rid of it is hard business. Common Turkish names are: Saparnası, Gıcır, Silcan, Kara Böğurtlen.

MYTHOLOGY & HISTORY:
* The word 'smilax' comes from the Greek name for 'poison'. According to Dioscorides, it was considered an antidote to poison, and if the berries were crushed into a drink and given to a new-born child, ‘he shall be hurt by no poisonous medicine’. 'Aspera' comes from the Latin word for  'rough', possibly referring to the toughness of its branches, or to the presence of many small prickles that make the plant cling to clothes and other plants, giving it a rough sensation.
* There are different versions about Smilax in Greek mythology, but all involve a relationship between the beautiful nymph Smilax with a Spartan boy, Krokos, loved by the god Hermes. After the unhappy love affair Hermes metamorphosed him into the saffron crocus. Aphrodite transformed the tragic nymph into the Smilax, to grow nearby, so that they could be together for eternity.

MODERN RESEARCH:
The root of sarsaparilla is one of the best depurative medicines around and is used as a springtime tonic and general body cleanser. Sarsaparilla is hepatoprotective, meaning it protects the liver cells. It is anti-inflammatory, a powerful bloodhealer, detoxifier, and expels parasites. Historically, sarsaparilla was also a treatment for leprosy, gonorrhea and fever. The plant seems to have antimicrobial effects, meaning it counters infectious microbes, like bacteria and viruses. [Pizzorno & Murray]

EDIBLE USES:
Young leaves, tendrils and shoots are all edible raw or cooked. Just like the wild asparagus these appear in spring time, and should be collected before they turn hard and unedible. The tougher leaves are used to make tea. The root can be eaten or used in making beer. As for the berries not much is written except that it is popular bird food. Curious as I am I munched quite a few, and I'm still up and running. The taste, however, is quite bland.

IMPORTANT NOTE:
Do not overconsume Sarsaparilla: The livercleansing properties of this plant is so powerful the detoxification process can actually become overwhelming.