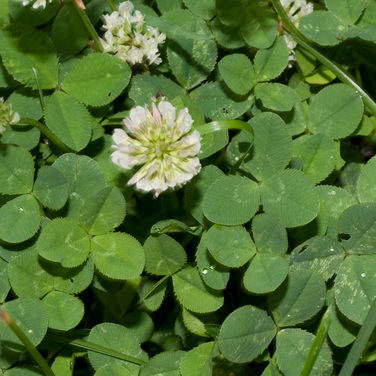 INTRODUCTION:
According to Abraham Harold Maslow our physiological needs are the first step on the hierarchy of necessities as human beings. Things like air, water and food. We currently live in a time where those three elements are severely abused; Since the dawn of industrialization we have released more than 100 000 substances into the atmosphere, compromising the natural biotopes. Fresh air and clean water are becoming rare commodities and out of thousands of naturally occurring edible plants 20 have been chosen as staple foods to feed humanity. Preferrably produced with chemicals and fossil fuels to further compromise the environment.
To people who have grown up within the frames of modern society this is normalcy, but if you shift your perspective to that of indigenous people (able to live in harmony with nature through knowledge on natural resources) this modern trend is quite suicidal. If we were to be cut off from all the fancy gadgets to make up a comfortable, civilized life (I e electricity, houses, grocery stores) most of us would be dead within a few weeks. Ironically, the trend to further separate ourselves from our surrounding natural resources and rely on technology, is called progress.
I guess the popular theory is that once you have reached high enough into the hierarchy, having achieved power and wealth, Maslows pyramid will suddenly defy gravity and prior layers become unnecessary. Since the top of the pyramid is obviously detached from the rest of the structure, it is up to us common people to recognize and maintain the natural resources around us, lest the whole structure collapses. Article 39 introduces yet another neglected food plant, common clover – Trifolium ssp:

QUOTE:
“Sometimes I wonder whether the world is being run by smart people who are putting us on or by imbeciles who really mean it.”
~ Laurence J. Peter


TRIFOLIUM SSP:
Several species of clover are extensively cultivated as fodder plants. The most widely cultivated clovers are white clover (Trifolium repens) and crimson clover (Trifolium pretense). The Turkish name is ‘Yonca’. Clover, either sown alone or in mixture with ryegrass, has for a long time formed a staple crop for silaging: It grows freely, shooting up again after repeated mowings; it produces an abundant crop, palatable and nutritious for livestock. Clover also fixes nitrogen, reducing the need for synthetic fertilizers. What common knowledge fails to recognize is that this invasive plant is also highly edible and nutritious to humans. Up here in Kayaköy it is a common edible winter weed along with nettle, mallow and sorrel.

MYTHOLOGY & HISTORY:
* Clovers occasionally have four leaflets, instead of the usual three. These four-leaf clovers, like other rarities, are considered lucky. Clovers can also have five, six, or more leaflets, but these are rarer. The record for most leaflets is 56.
* A common idiom is "to live in clover", meaning to live a carefree life of ease, comfort, or prosperity. This refers to the fact that clover is fattening to cattle.

MODERN RESEARCH:
Clover is a herb with a long history of medicinal usage. It is commonly used to treat skin conditions, normally in combination with other purifying herbs such as Arctium lappa and Rumex crispus. Flavonoids in the flowers and leaves are oestrogenic and may be of benefit in the treatment of menopausal complaints. It has also shown anticancer activity, poultices of the herb have been used as local applications to cancerous growths. Internally, the plant is used in the treatment of skin complaints (especially eczema and psoriasis), cancers of the breast, ovaries and lymphatic system, chronic degenerative diseases, gout, and dry coughs.

EDIBLE USES:
Leaves and young flowering are eaten raw or cooked, much like spinach. They can also be dried, powdered and sprinkled on foods such as boiled rice. Just like alfalfa (Medicago sativa) the seeds can be sprouted and used in salads. Flowers and seed pods are dried, ground into a powder and used as a flour. The young flowers can also be eaten raw in salads. Even the root is edible but needs to be properly cooked. A delicate sweet herb tea is made from the fresh or dried flowers. The dried leaves impart a vanilla flavour to cakes.

OTHER USES:
Beekeepers benefit from the clover bloom, as clover is one of the main nectar sources for honeybees.

IMPORTANT NOTE:
The seeds are reported as containing trypsin inhibitors. These can interfere with certain enzymes that help in the digestion of proteins, but are normally destroyed if the seed is sprouted first. In many areas, particularly on acidic soil, clover is short-lived because of a combination of insect pests, diseases and nutrient balance; this is known as "clover sickness". Clover, just like common lawn grass, is edible in its original form. But with the depletion of our soils, chemicals in air and water, and pollinator decline, it is prone to various parasites which might compromise health. Do not overconsume clover unless you have access to pristine soil.