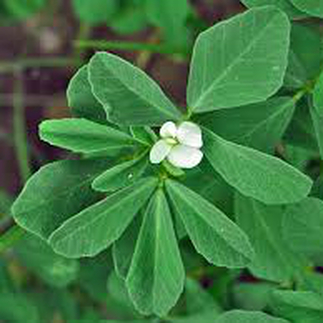 INTRODUCTION:
On occasion, when I interact with strangers, and start raving about the madness of modern food production and the blessings of endemic medicinal food, people respond: Wow, you have a point, tell me if you ever find a cure for cancer. Quite the ego boost, yet curing cancer is a simple matter made complicated: Curing is hard, prevention is easy!
I think of the human body as a machine which needs fuel to operate. If you constantly put the wrong fuel into that machine the parts will start to break down. And when they eventually do break down they cannot be repaired, but need to be replaced. And heart, liver, lungs, spleen, gallbladder et cetera, are some damn complicated pieces of machinery...
We all have cancerous cells in our bodies, I think of them as small societies of human beings on planet Earth. Small scale they are able to serve a part of a bigger organism, but once they grow into cities, tossing steel and concrete about, forcing urbanization, the natural biotope is overrun by a singular destructive cell: A tumour!
The trick is not to let a cancerous cell develop, because once a cancer cell turns into a tumour, you're screwed! Modern science talk of cures, yet somehow forget how easily it can be prevented. Because unfortunately this is not the aim of commercial food production!
In less than one hundred years we have gone from 50.000 edible plants to 20, now providing the human race on the planet with 90% of their daily fuel. Just like mother nature thrives from biodiversity, the human body thrives from food diversity. Strangle and control that diversity, you will get diseases... No wonder we have starvation and cancer.
Here's another edible plant for you, merely a mild suggestion to step outside the frame of a 0.04% boxed mindset of what is food: My thirtieth article presents Fenugreek – Trigonella foenum-graecum:

QUOTE:
"All the problems of the world can be solved in a garden. Unless this soil management is fully demonstrated, extended and enhanced, then we don't have any future."
~ Geoff Lawton


TRIGONELLA FOENUM-GRAECUM:
As most people with a little gardening experience knows, first things to pop up after you till the soil is not what you wish to grow but weeds. What fewer people knows is that majority of these weeds are edible; Purslane, nettle, poppy, chicory, chickweed, radish, mustards, chrysanthemum, wild carrot, clover, dock, amaranth, plantain, lamium, even some grasses... Some medicinal, others neglected staple foods of lost civilisations...
If you have access to soil and an eye for plants, congratulations to a slightly reduced food budget and vastly reduced hospital bill!
Then again, weeds are weeds, and it is difficult to separate one from the other without years of training. Thus what we want to do in permaculture is to substitute the weeds with a groundcover of our choice, both to retain water and keep unknown plants from growing, but also to heal the soil as well as producing green manure.
It is my conclusion that many of the plants that first present themselves in a barren landscape are nitrogenfixers, taking nitrogen from the air and putting it into the soil, so that in time other plants can grow that feed on nitrogen... Slowly rebooting succession from nil, just like your own skin would try to repair itself after some nasty little creature tore an open wound in your flesh... (Personally I imagine a particularly industrious ant with a small rotator on my forearm)
Now, if you take a bunch of plants that actually puts nitrogen into the soil, technically, you would not need manure. Legumes are great, but don't really produce a cover. Clovers are also great, also edible, slightly medicinal, but don't really produce that much bulk.
And so, allow me to introduce Fenugreek, of such importance even Cato the Elder mentions it in his great work: 'On agriculture'

Trigonella foenum-graecum is a miracle plant that will provide cover, nitrogen, and water retention for the soil, plus food and medicine for you, easily selfseeding and reproducing itself year after year...
Seeds are most likely available in most health/herbal stores, sold as a popular aphrodisiac or natural supplement. But since the seeds are very hardy and full of life force, they might just take to the soil even after years of storage, so why not toss a handful or two back into nature!?
Powered by